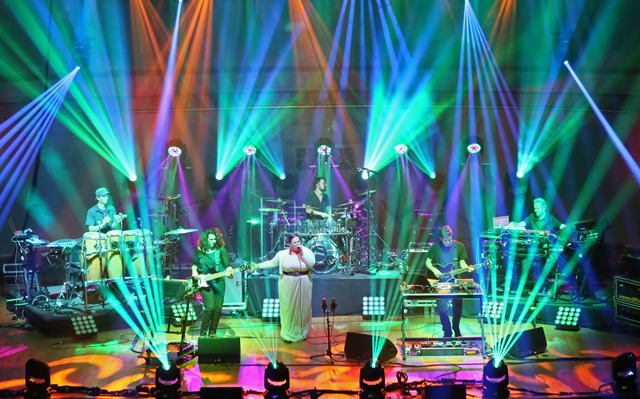 Halloween is widely regarded as one the most “party-friendly” evenings of the year here in Music City, typically featuring dozens of performances around town. While we were able to participate in much of the festivities, by far the highlight of this year’s Halloween was catching infamous electronic influenced jam act STS9. The Atlanta based five piece brought the funk, delivering an upbeat and danceable set that drove the audience wild. We had the pleasure of not only attending both sets, but also photographing the astonishingly complex light show that went down. It was a fantastic evening, and we’ve got a review and photos after the jump to prove it.

As many of you readers likely know, the War Memorial Auditorium is blessed with a location next to the State Capital and a lovely courtyard featuring a triumphant allegorical statue of Youth. While this site is nothing new to most Nashvillians, we have to admit, walking up and seeing this bold piece of art surrounded by three of the Ninja Turtles, Mortal Kombat’s Scorpion, and a Fear and Loathing era Hunter S. Thompson definitely caught us off guard. The amusing juxtaposition of outlandish costumes and century old architectural beauty would be a consistent theme this Halloween at the STS9, though we have to say it worked quite well. Anyone familiar with STS9 knows that at just about all of their shows, the fans are quite into it, and yet this show seemed a bit different. Whether it was the context, the costumes, or just some old-fashioned Halloween magic is impossible to say, but suffice it to say: the Atlanta based jam band was on point this Halloween. 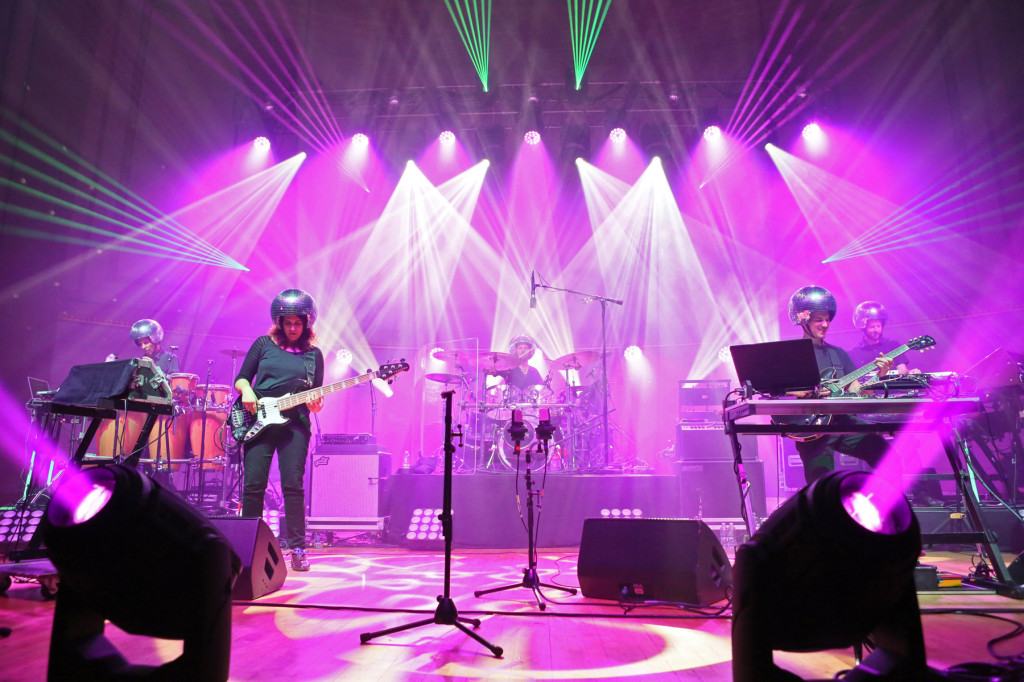 Music-wise, the instrumental act put together a set featuring both originals and covers, linked together by a common theme of dance and extended solos. From start to finish, the band didn’t even bother with slow tunes, jumping right into their more upbeat songs and staying there the entire time. Of particular note was STS9’s rousing cover of “Mothership Connection” as made popular by Parliament.

While their was no opener for the evening, audience members were treated to two full-length sets, lasting well into the night. The group concluded their performance with an encore featuring Grateful Dead tune “Shakedown Street”. While the musical prowess of STS9 was definitely the highlight of the evening, it’s definitely worth mentioning the lighting rig the band brought along. The auditorium appeared dazzling while bathed in the ample lighting, and it was definitely one of the more advanced lighting rigs we’ve ever seen toured. However, our words won’t give the band or the lights justice. While we’d definitely encourage you to go see STS9 yourself whenever next possible; they’ve already moved on with their world tour, so instead you ought to check out the killer pictures of the night below, courtesy of Michael Brooks. Enjoy!