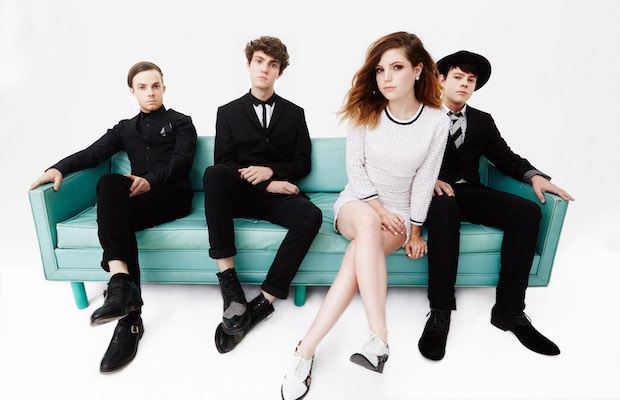 When we first discovered California pop rock sibling act Echosmith, in the summer of 2013, they had yet to release a proper album, but handed us a sampler containing a little track called “Cool Kids,” a song which instantly knew would be destined to catapult them to worldwide recognition (it did). In the year and a half since, the group have dropped a debut, Talking Dreams, have seen their music featured on various television programs, performed on Conan, and managed to play Nashville three times: once in a supporting slot, once as part of the Vans Warped Tour, and, this spring, in a headlining spot at 3rd & Lindsley. The group announced this morning that they will return to the latter destination on Feb. 12, as part of another headlining run with The Colourist, and tickets are set to go on sale Friday, Nov. 7, on the band’s site. This one is sure to sell out, so don’t procrastinate!