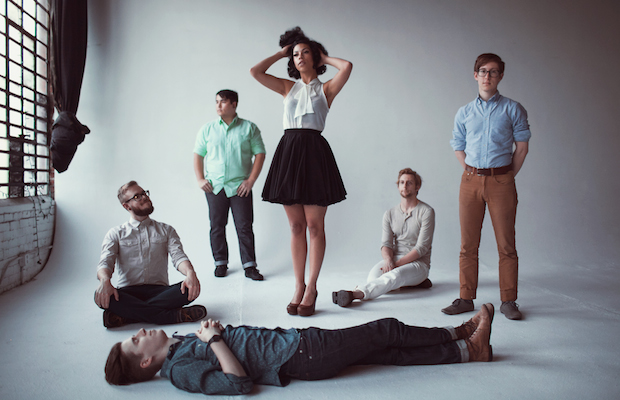 Following in the footsteps of *repeat repeat, Bradley Warren, Jr., Vinyl Thief, Guthrie Brown, Phin, Daniel Ellsworth & The Great Lakes, and Parlour Tricks (formerly Lily & The Parlour Tricks), Wisconsin indie pop outfit Phox are the latest act to participate in “Shop Sessions,” an ongoing live in-store performance series, hosted by local apparel and lifestyle brand DCXV. The second touring act to participate in the series, Phox are a longtime favorite of ours, and recently blew us away with their performance at Marathon Music Works with Paolo Nutini.

For this session, which was filmed by Mary-Beth Blankenship (whose photos you often see on this very site) and recorded by John Furr, Phox performed an original tune called “Kingfisher,” taken from their eponymous debut LP. Watch the video below, and find more info on DCXV’s Tumblr.