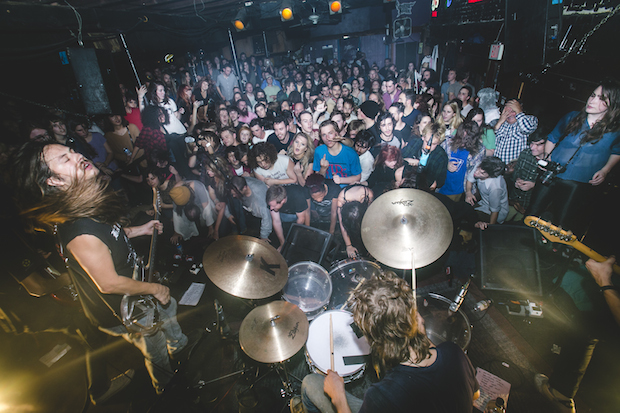 What a fucking weekend! Unless you’ve been living under a rock for the last couple months, or you’ve just haven’t been getting enough No Country in your lives, than you know local party punk heroes JEFF the Brotherhood took up residency at The End Friday the 24th through Sunday the 26th for an epic three night run of rock ’n’ roll mayhem.

If you consider yourself even kinda hip to the local music scene, you probably caught at least one night, but if you didn’t, or you just want to know what went down on the nights you missed, please click on after the jump, because No Country had representation at all three throw downs! Also be sure to check out the gallery of photos from the second night by contributing photographer Jake Giles Netter. All in all, we got our JEFF fix for at least a little while, but as veterans of their previous shows/shenanigans, we’ve learned that you can never have too much! Next time an awesome band promise an epic residency be there, and not just for one night. 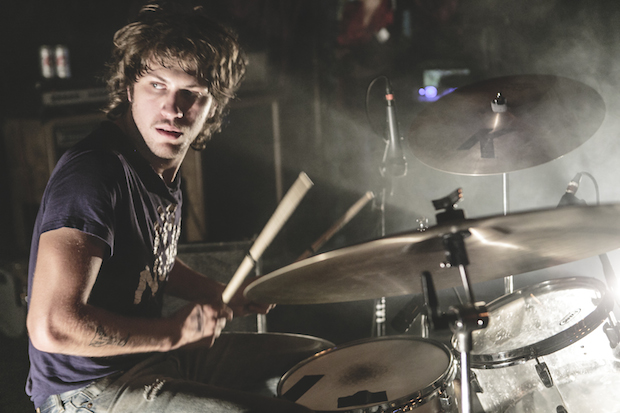 What better way to celebrate your birthday than a JEFF set at a tiny venue?  We’re still waiting for your answer…  We missed all of the opening acts (due to a surprise dinner party), but arrived literally minutes before JEFF and friends took the stage.  It was an all out slug fest of thick sludgy rock jams, and the crowd was ecstatic.  In an ode to “residency week” that was taking over Nashville last week (see Wilco and Jason Isbell), we had a blast running through some back catalogue hits with the bros, and cringed with anticipation of being thrown to the floor as the first notes of hits like “Six Pack”, “Shredder”, and “Stay Up Late” began to fill the tiny and packed venue.  We found ourselves (partially birthday inebriated) in the middle of the mosh pit, happily fighting for dear life amongst a sea of youngster.  Based on the welp on the back of  my head the next morning, I would say either a crowd surfer or a random mosh elbow left us with a present for what was truly a special night. (*nods in sincere gratitude to the fine folks in camp JEFF and Infinity Cat*) 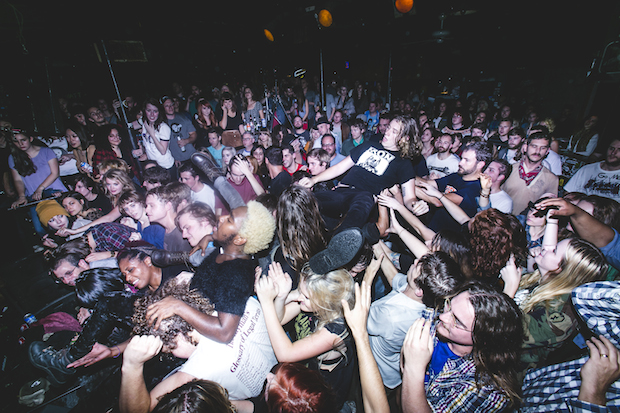 Keeping it moving Saturday, JEFF and the gang plowed into another killer set of oldies, crowd favorites, and a cover (from their new covers EP) or two. Night number two was just as packed as the previous endeavor, and we were stunned at how many people had squished in for the second consecutive night. Many of the faces seemed young, but familiar, from the previous gig, from around town, and from various other local indie bands. Even Jake and Jamin seemed surprised at the incredible turn out, thanking the crowd on several occasions for coming out two days in a row. They are officially a tight, shredding four-man ensemble now, adding another guitar and bass, but they still jammed out some classic tracks as their orginal two-man band line-up. Beer seemed to flow freely on stage, and amongst the crowd, as the slam dancers, and crowd surfers littered the floor with sweaty bodies. By the end we were so warn out, we weren’t even sure we could make to day 3. Drugs help, and we’re talking mostly about ibuprofen. 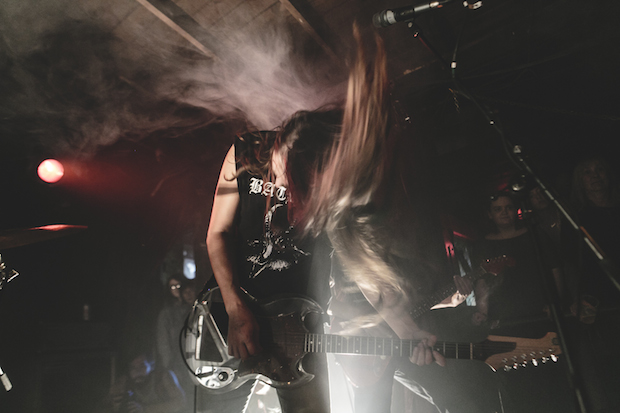 For the third, and final night of their residency, JEFF started a little early, and The End opened its’ doors to all ages. Instead of the air being filled with body odor and stale beer, there were whiffs of coffee and Krispy Kreme donuts someone brought for all the kiddies. Now that we think of it, the body odor was actually worse. Nothing like a bunch of sweaty, pubescent teens all getting together to rock out on a Sunday night. It was a bit surreal to see even younger faces than we had the previous two nights, but believe us when we say they got just as rowdy. Again, the fellas thanked everyone for coming out, and apologized for their three-day-strong hangovers, hoping that they were still giving a good show. The crowd cheered it’s approval. The set lists definitely featured the hits all three nights,  but on day 3 they also played more tracks from their epic Heavy Days album, including “U Got The Look” and “Heavy Krishna”. By the end we felt nearly as drained as the guys in the band. A three-day residency is no fucking joke! Lucky for you we soldiered through, gave you the scoop, and have the pictures to prove we were there.