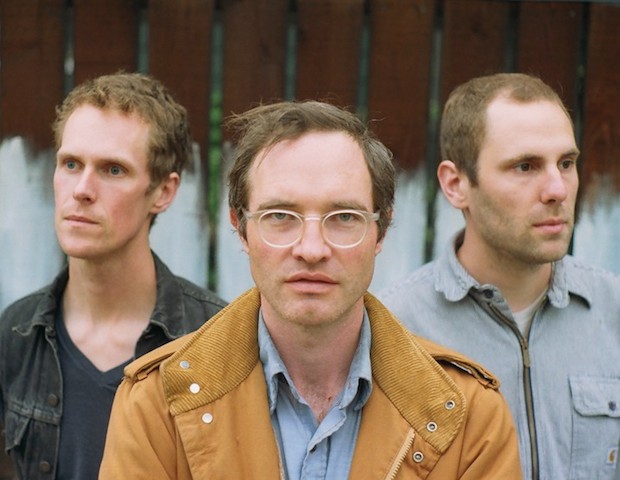 
Little Lights, first of all, is not so much a venue as it is a group of people striving to bring live music into the comfort of your own  home – literally. This is a company that puts on shows at people’s homes, and can we just say what a testament to the city of Nashville that someone can open their door to strangers and say “Come on in, have a drink and hear some music” without the fear of getting robbed? Walking into the home where Lonesome Shack, The Bones of J.R. Jones and Candle Kid were set to play was like walking into the center of an energized party. Cans of Pabst lined the fireplace mantle perfectly as if they had been placed there deliberately along with the Halloween decorations. The living room where the show would take place had church-like vaulted ceilings, and the homey atmosphere allowed us to relax. We were told to remain relatively silent – they would be recording this show, and talking would not be permitted. This would be like no other show we had ever been to, and man were we pumped.

Candle Kid stepped up to the mics with comfort and ease. The bluegrass band members are Nashville natives and their music reflected that. Despite the fact that their fiddle player was out of town, the group launched into the music like nothing was different. Completely in sync with one another, they persuaded every person in the room to become a hardcore bluegrass fan within the span of just minutes as they sprung from upbeat melodies to slow jams. “Nobody Knows” is a quick tune with cheerfully constructed chord progressions while “Rain” opens up with a sound very similar to that of its title, causing concert-goers to imagine that it had just begun to pour outside.

One of their songs was a cover, the lead singer admitted.  “If you know it, sing along,” he requested before quickly saying “Oh wait, no, they’re filming us. Nevermind, don’t sing.” The cover song? Maroon 5’s “She Will Be Loved.” Despite the depressing nature of the tune, Candle Kid took the lyrics and put them to a melody so fast paced and cheery that one could almost be fooled into thinking that you should line dance to it.

Candle Kid impressed us so much that we were almost a little worried to see the next two acts, but as New York-based The Bones of J.R. Jones took the – well, floor, not stage, we realized instantly that we were stupid to be concerned. As the reverb was being tested for the artist, he cracked jokes with us about drunken whales to keep us all entertained. He informed us that he had driven fourteen hours the day before to be there, and we expressed our gratitude by joining in for a round of applause.

“Thank you, I actually needed that,” he said genuinely before beginning his set with a cover song by Son House titled “Death Letter.” The Bones of J.R. Jones has the definition of a deep, rich voice that he used to create almost different personas for his various songs. “Shine On Me” was comprised of different vocal layers than “The Dark,” which is a ballad about his grandfather dying (which almost anyone could relate to). As we watched the New Yorker play, we appreciated just how multitalented he is; it really was as if many people were performing with this one-man-band rather than it just being him. If you closed your eyes you would have no idea that it was he who sang as well as played every instrument one human being could possibly play at once (the guy even pulled out a harmonica and opened a song with the instrument that helped put Bob Dylan’s name on the map).

After Candle Kid and The Bones of J.R. Jones, we were pumped for Lonesome Shack to get their set going. The trio hails from Seattle, and they clearly had no qualms about playing in a stranger’s house in Nashville, Tennessee. Their opening song, titled “Wrecked,” proved to be far different than the quicker tunes of the previous bands. The mic had been rigged to make the lead singer, Ben Todd, sound as if his voice was crackling through an old radio, which added a haunted element appropriate for this time of year. Lonesome Shack took their time performing each song as if each note had to be perfect – and it paid off.

The crowd that gathered for Lonesome Shack‘s performance was completely different than the previous two; barely anyone chose to sit down on the floor. We were energized and ready to stand, ready to be on the same level as the artists, and they could tell we were wanting to move. For their third song, Ben Todd encouraged us to dance along – and despite the rule about no talking or disruptive movement, we did as all music lovers tend to do and broke the rules to sway along with the music.

The atmosphere that Little Lights presented along with the energetic, glowing nature of each of the three bands created a world unlike anything we had ever seen before; Lonesome Shack and The Bones of J.R. Jones are encouraged to come back to Nashville whenever they want, and we’ll be keeping an eye out for more news from Candle Kid.