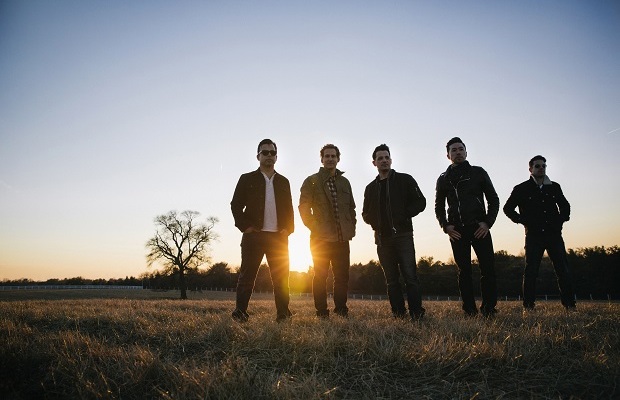 Get ready to get in touch with your inner undergrad, because college rock heroes O.A.R are coming to Music City to jam out with blue-eyed soul singer Andy Grammer at Marathon Music Works on Nov. 7! This 18 + show starts at 8 p.m. (doors at 7),  and you can snag tickets right now for just $30, or you can try to win them for free, on us, after the jump. Be sure to brush up on the lineup as well, while you enter to win!

Originally formed by Marc Roberge (vocals/guitar), Chris Culos (drums), Richard On (guitar) and Benj Gershman (bass) in Rockville, Maryland, O.A.R (Of A Revoloution) found their fifth member Jerry DePizzo (sax/guitar) while performing the fraternity/sorority circuit as students at THE Ohio State University. Strictly through word of mouth, they built a reputation around campus, and started playing as many shows as humanly possible, for anyone who would listen. Eventually, they started touring and, now, eight studio albums later, they are officially a ‘big deal,’ achieving mainstream success. Their latest offering, The Rockville LP, in homage to their hometown, is  some of their best work to date. Known for their crazy tour schedules, three to four hour festival sets, and amazing live jams, they will be sure to being the house down on what is guranteeed to be an epic Friday night!

Boasting a platinum single, “Keep Your Head Up,” and a gold single, “Fine By Me,” on his 2011 self-titled debut, Andy Grammer has done much, much more than hit the ground running. Now the California native is back with his sophomore effort, Magazine or Novels, which dropped over the summer, and it is just as hot as his last LP. Have a sample for yourself below, and be sure to get Marathon early to hear and see him for yourself live.

Winner will be announced Thursday, Oct. 30, at 5 p.m. CDT, and will receive one pair of tickets. Good luck!