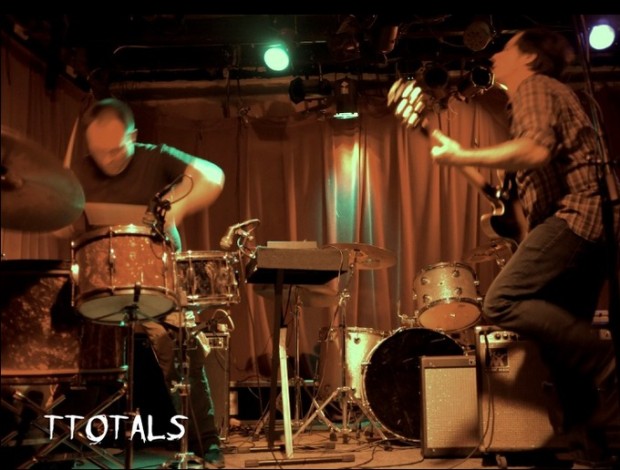 The East Room is putting on a typically eclectic show tonight featuring local psychedelic rock duo Ttotals, sexy female-fronted blues band French Lips, and the pop punks all the way from Vienna, Austria Sex Jams. That’s two great local bands plus a chance to see how they do indie rock across the pond all for $5. The event will also feature an improvised psychedelic light show from Dig Deep Light Show. Click through to check out the lineup.

Ttotals call themselves “Nashville’s outer blues duo,” make their own weird mix of psychedelic and blues-influenced rock and roll, and are threatening to play a T-Rex cover at this gig. The group’s first full-length album, Let Everything Come Through, will be released on Twin Lakes Records next month and they’ll be touring the south with Psychic Teens in support of it.

French Lips are one of our favorite local bands, featuring one of the most charismatic frontwomen in town and hair-raising blues slide guitar. Their mix of blues guitar and goth beats is reminiscent of the Dead Weather at their bluesiest.

Sex Jams are a hard indie rock band coming to East Nashville all the way from Vienna’s thriving underground scene. The group balances a juxtaposition of Blondie-esque pop-punk and more ambient fuzz sounds on its latest full length release, Trouble, Honey. They’re worth checking out for a rare taste of what’s happening in Europe’s underground, something it’s difficult to witness without crossing the pond.

Ttotals, French Lips, and Sex Jams will perform Thursday, October 16 at The East Room. The show is 21+, begins at 9 p.m., and tickets are available for $5.