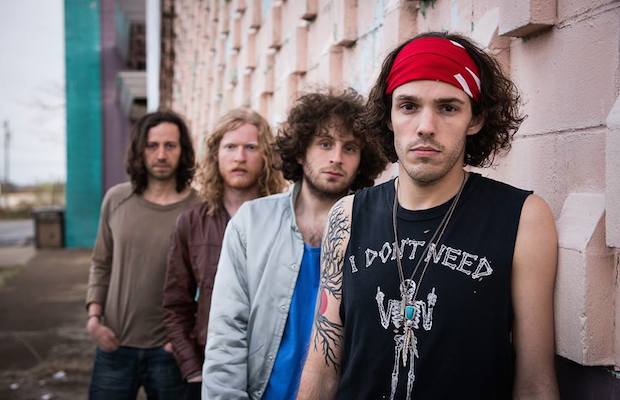 Coming at you next Tuesday, October 21st, is another installment of our recurring showcase down at Acme Feed and Seed. Every week for a couple months now we’ve strived to bring you the best up and coming talent, a goal we’ll once again meet this Tuesday when The Cunning and Emily Wolfe take the stage at 8 pm. As per usual, this show will be free to anyone, though it is worth noting you’ll need to be 21+ to enter the Acme after 8pm. In order to help get you geared up for the show, we’ve got a word on each of the two acts after the break, but really: it’s a free show (which means extra beer money) at an inviting venue featuring two fantastic rock acts. What other way would you even want to spend your Tuesday evening?

Our headliner act for the evening, The Cunning, are one of our favorite acts on the local music circuit currently, and not simply because they’re from East Nashville. The group also managed to pique our interests with their take on a heavy blues rock sound. The four-piece seems quite adept at taking cues from older alt-rock acts and working them into a modern, engaging rock formula. Another aspect The Cunning excel in is dynamic range; in just about all of their tracks, the distortion drenched sound grows horizontally to a bold climax. This gives The Cunning’s songs a depth rarely seen in blues rock these days. You can witness this talent with your own eyes this Tuesday at Acme. Be sure to check out the video to their tune “Lonesome No More” before the show.

Fresh from their gig at Austin City Limits, Texas based “dream rock” group Emily Wolfe has kicked up a lot of dust recently as press and fans from across the county come together in recognition of Wolfe and her band’s talent. The tunes are simultaneously delicate and powerful, a combination that resonates with audiences all over. In a world inundated with ridiculous pop and rock acts, it’s nice to hear a younger group display musical maturity as aptly as Wolfe and her compadres. Be sure to show up early enough to catch this act; again, they’ll start at 8 pm. See you there!