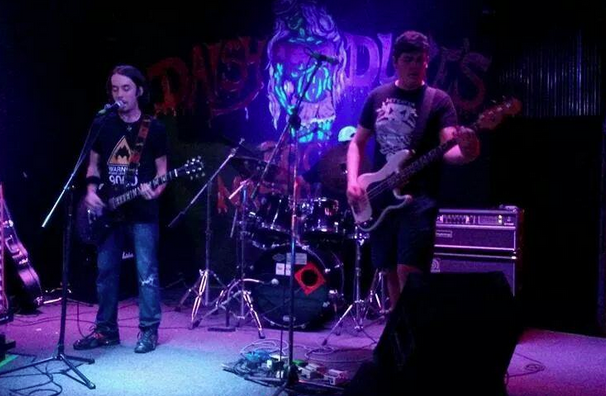 The Rutledge‘s website says that tonight‘s show is supposed to go until 2AM – if that’s the case, it sounds like it is going to be one hell of a party, and given the lineup we don’t doubt it. The Jerks, Benji of Built to Be Broken, City Rain and Jon Mullins are all gearing up to take the stage and, in the pre-weekend, we all need a bit of fun. So live a little, find $5, and be at The Rutledge by 7:30 for a showcase of musical talent.

Alternative/punk rock quartet The Jerks are a Nashville-based band that have proudly shared the stage with the likes of Wings of Apollo and New Wave Rebellion. Their first album, Bad Dogs, was released in 2013, and a sophomore effort is currently in the works. In the meantime, The Jerks have been out and about gaining fans by performing live, and, tonight, they’re excited to bring their show to The Rutledge.

Built to Be Broken band member Benji Kuriakose is set to take the stage tonight, albeit without his bandmates Tom and Tony George. Benji made a name for himself outside of his already talented and popular band when he competed on Season 3 of The Voice, and his rendition of Bob Dylan’s “Knockin’ on Heaven’s Door” landed at the Number 5 spot on the iTunes Rock Charts.

Electro pop duo City Rain hail from Philadelphia, PA and their debut EP, Songs for a High School Dance, is already garnering them plenty of attention. Now, they’re looking to bring their music to good ol’ Nashville and plan to encourage us through their rhythms and melodies to start dancing.

Singer/songwriter Jon Mullins boasts a pretty big game, and after hearing his tunes we don’t necessarily think he’s bragging – he’s just being factual. This artist calls Nashville home, and we’re happy he’s one of us, and excited to see what he’ll bring to the stage tonight. We’ve put a video of him playing a cover song live on here, but it’s not comparable to seeing him in person.