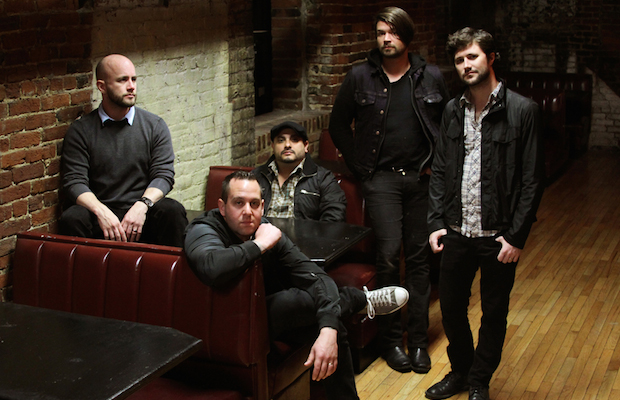 Nearly a year ago, emo/post-hardcore/alt rock outfit Taking Back Sunday were set to perform at Marathon Music Works, and, though that show did occur, it took place without singer Adam Lazzara, who was forced to leave the tour due to a family emergency, with ex-Underoath vocalist Spencer Chamberlain filling in. While that was certainly a once in a lifetime experience, it was not quite a true Taking Back Sunday show. Tonight, Oct. 7, at the Cannery Ballroom, the group will finally make their return, this time with Lazarra in tow, for their first full band Music City show in a few years. Out in support of a killer new album, Happiness Is, the group have never been better, and should appeal to both new fans and nostalgic old ones. Grab your tickets here, and read on for more about the show as well as openers frnkiero andthe cellabration, Jet Black Alley Cat, and Harbours.

Though they’ve gone through many phases and equally as many members of the years, Taking Back Sunday have, for the last four years, been reunited and rejuvenated with their classic Tell All Your Friends era original lineup. Two new records have emerged since, and the group even managed to pay fan service in the form of a 10-year anniversary acoustic TAYF release and tour. More fully realized, musically liberated, and impassioned than they ever have been, Taking Back Sunday are clearly on second (or third or fourth) wind, paying respect to their roots and the scene they helped pave while allowing themselves to organically progress as artists. Whether you loved them in high school or the new alt-rock direction of Happiness Is drew you in, tonight’s performance is sure to have an expansive, exciting balance of material with something for everyone. Check out the video for new(ish) single “Stood a Chance” below, and keep an eye out for a cameo from Nashville artist Ryan McCauley.

Out of the ashes of defunct group My Chemical Romance has emerged several exciting and boundary-pushing side projects, including frnkiero andthe cellebration, the new solo vehicle of the band’s former guitarist. Darker, moodier, and more unhinged than My Chem, the Cellabration is a look at what Frank is capable of when thrust front and center, and a definite new artist to keep an eye on.

Hailing from here in Nashville, Jet Black Alley Cat are an eclectic rock outfit with an affinity for old pop and nostalgic sounds.

San Francisco’s Harbours are a joylessly pop indie rock collective who funnel their love for genre and decade spanning psychedelic rock into one catchy and pleasant package.

Taking Back Sunday, frnkiero andthe cellabration, Jet Black Alley Cat, and Harbours will perform tonight, Oct. 7, at Cannery Ballroom. The show is 18+, begins at 8 p.m. (doors at 7 p.m.), and tickets are available for $25.

Check Out The New Single "No Sweat" From Good Sex