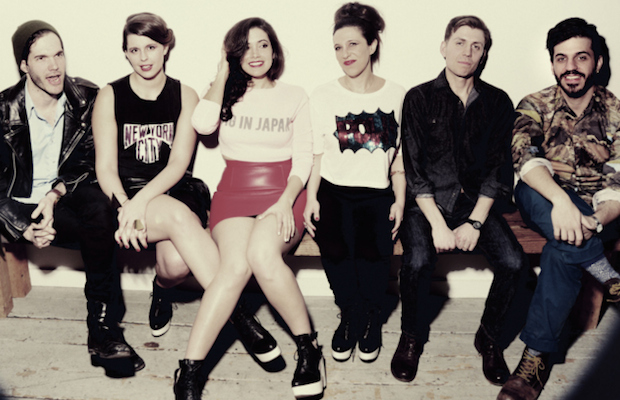 Following in the footsteps of *repeat repeat, Bradley Warren, Jr., Vinyl Thief, Guthrie Brown, Phin, and Daniel Ellsworth & The Great Lakes, New York indie pop outfit Lily & the Parlour Tricks are the latest act to participate in “Shop Sessions,” an ongoing live in-store performance series, hosted by local apparel and lifestyle brand DCXV. Bearing the distinction of being the first touring act to participate in the series, the group have been a favorite of ours for quite some time. We attended and loved their most recent performance at The High Watt, and even had a chance to chat with the band beforehand.

For this session, which was filmed by Mary-Beth Blankenship (whose photos you often see on this very site) and recorded by Joe Hutchinson, Lily & the Parlour Tracks performed original tune “The Storm” as well as a special cover medley of Coldplay’s “Magic” and Drake’s “Hold On, We’re Going Home.”  Watch the video below, and find more info on DCXV’s Tumblr.