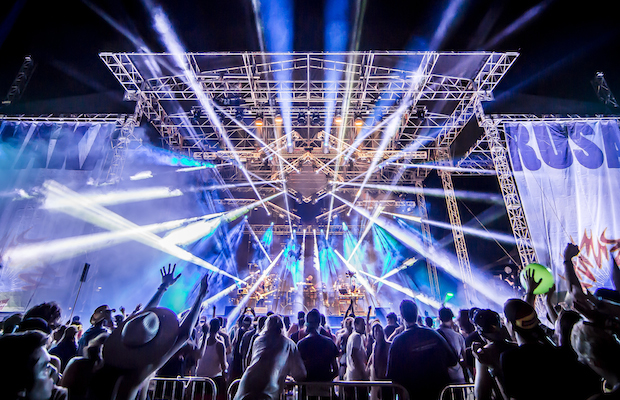 We’ve been giving away a ton of tickets over the last few weeks, and that’s because we want our readers to get out and see some of the fantastic shows we’re always talking about. We’ve already announced several exciting contests this week, but, today, we have something different: Sound Tribe Sector 9, commonly referred to as STS9, on Halloween, Oct. 31, at War Memorial Auditorium. Besides the fact this is definitely going to be where the party is at this Halloween (which is a Friday this year, by the way), winning tickets would give you spare money to spend on extra fun (you can also still buy them here). If you’re unfamiliar with STS9, we’ve got the scoop on them below, but trust us: this isn’t a show you’re going to want to miss. This act has built their reputation on mesmerizing performances, and, over the years, they’ve ripened into a truly unique force of music. To enter our contest, you can fill out the form below!

It’s hard to know where to begin with STS9, but we suppose a limited description of their music wouldn’t be a bad place. While most fans likely reject the label, STS9 would likely be categorized in the jam band category, though their extensive use of electronic sounds and even sampling means that their music sounds vastly different than more stereotypical jam band acts like Panic or Furthur. However, the strong stage presence, affinity for solos, and general attitude of the band and its fans definitely has its parallels to the jam scene. This, of course, makes for a fantastic live show, which STS9 have proven time and again through their incredible performances at festivals across the world. For this tour, however, they’re going all out, and we’ve actually received official word from an inside source that this show will feature “one of the most intricate and advanced light shows to ever be taken on tour.” Add to that the fact that the show will take place in the stately War Memorial Auditorium, and much of the audience will be dressed in their Halloween costumes, and it looks like a recipe for one of the best shows of the fall.

STS9 will perform Oct. 31 at War Memorial Auditorium. The show is 18+, begins at at 8pm (doors at 7pm), and tickets are available to purchase for $35.