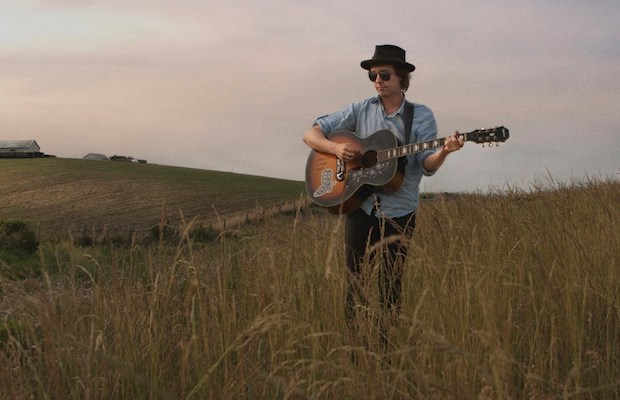 East Nashville-based, gritty Americana singer-songwriter Aaron Lee Tasjan begins a five-week residency at The 5 Spot on Wednesday during happy hour from 6 to 8 and continuing the following four Wednesdays at the same time. Aaron Lee Tasjan’s Happy Hour of Power will feature a variety of special guests, with Todd Farrell Jr. lined up for the first week; Erica Blinn, Jeff Taylor and Sadler Vaden on October 8; and others to be announced until the grand finale on October 29 with The Dupont Brothers. Tasjan recently released the EP Crooked River Burning and was honored by ASCAP as one of the great young songwriters of the new generation, and whatever that really means in terms of demographics, Tasjan’s songs are good. He’s recorded a Blue Series record at Third Man with BP Fallon titled “I Believe in Elvis Presley,” played with the New York Dolls, Sean Lennon, and the Semi Precious Weapons, and has contributed music to shows including The Voice and Archer. The 5 Spot residency is the perfect chance to see a great up-and-coming songwriter jam with friends in his hometown, an environment guaranteed to spawn some lovely musical surprises.