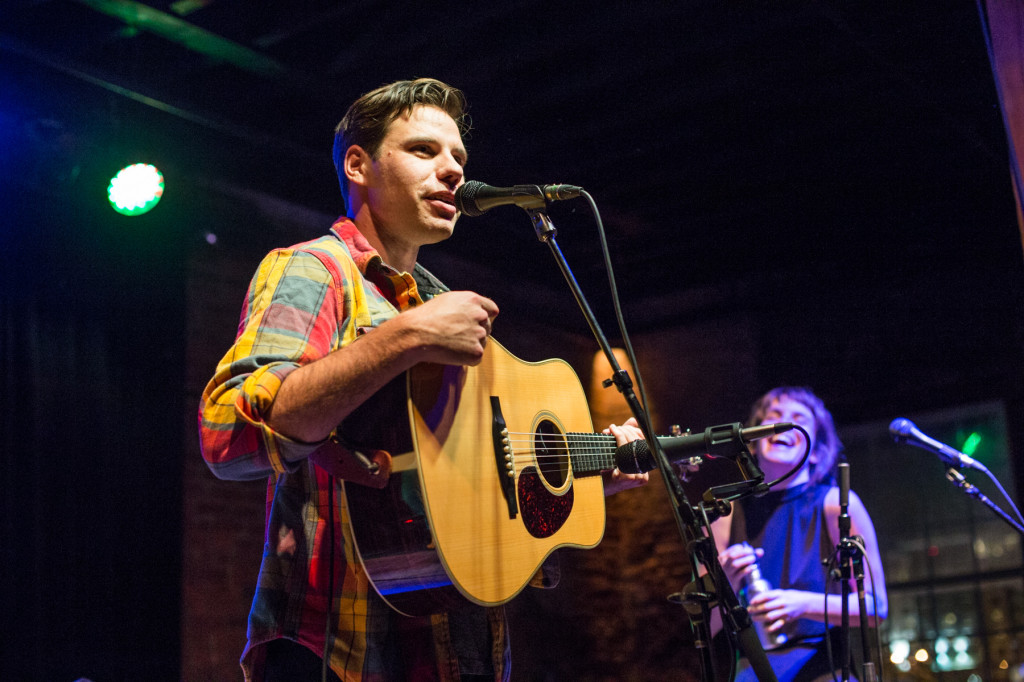 Here in Nashville, there’s an alarmingly level of emphasis placed on acts being able to reach an audience and get them dancing and moving. This phenomena isn’t necessarily surprising; in a town that offers dozens of live music options every evening, bands are practically forced to establish themselves as nonstop party forces to stand out. Now, we aren’t saying this is necessarily a bad thing, but sometimes a healthy dose of relaxed, introspective folk/rock can be extremely refreshing, an experience we had most recently at the Bahamas show last Monday, September 22nd at The High Watt. The Canadian four-piece proved the allure in slower, thoughtful tunes, while still managing to maintain a charismatic and warm presence. Before we get into that, however, let’s begin with the first act of the evening, The Weather Station.

Truthfully, it had been a long day, and while we were certainly anticipating a fantastic show, a pervading sense of tiredness reared its ugly head while standing around in the crowded High Watt, waiting for the first band to begin. Fortunately, Tamara Hope, aka the Weather Station, soon took the stage, and it became impossible not to focus entirely on her stunning performance. Beyond the intricate fingerpicking and soothing voice this incredible songstress possesses, we were most stunned by her lyricism. Few artists are capable of writing such intelligent lyrics; upon careful examination, each and every line possesses multiple levels of depth, giving Tamara’s tunes the unique ability to be both humorous and pointed. While the majority of her set was played as a solo act, she invited out both Felicity Williams and Afie Jurvanen of Bahamas to help out with a few songs (they would later return the favor by inviting out Tamara during their set). All in all, The Weather Station proved to be an extremely poetic performance marked by an impressive dynamic range and clever lyricism. Tamara admitted during her set that this was her first time playing in Nashville; it would be safe to say it was a success, and we hope to see her around Music City again in the near future.

As impressive as the Weather Station was, most of the crowd was in attendance to see the headliner, Toronto based blues-rock act Bahamas. In the gap between the acts, the crowd surged forward, vying for a chance to get as close as possible to the artists, who took the stage after a short break. The four piece really brought their best to the performance, which featured a mixture of tunes from Afie’s two earlier albums, as well a handful of cuts from the most recent release, Bahamas is Afie…, meaning the set appealed to fans old and new. Bahamas has been nominated for a number of songwriting awards over the last few years, but it wasn’t until we got a chance to see them live that the reasoning behind these accolades really clicked. Practically every melody played over the course of the performance was strong enough to haunt listeners minds for hours, and during the walk back to the car, it was not uncommon to hear audience members singing and humming Bahamas’ tunes. This intimate night at the High Watt was one for the books, and we can’t wait for Bahamas next stop in Nashville.

Our photographer Matt Cairns managed to snag a number of great photos over the course of the evening; check them out in the gallery below!