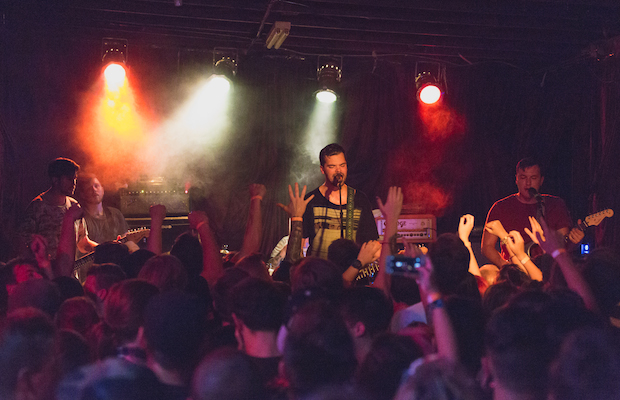 Something has been brewing beneath the surface of the punk scene for the past several years. To be fair, it never really simmered out, at least to those of us tuned into the genre, but, with the advent of a new crop of young, inventive, and true to their roots acts, Balance and Composure among them, that have emerged in recent years, “the scene” (which I and many others use as a blanket term to mean pop punk, emo, post-punk, screamo, hardcore, metalcore, and its many, many related and overlapping offshoots) has bubbled up once again as something widespread and worth noticing, even among casual listeners. Bands who play basements and dives and DIY spaces are amassing international audiences, and receiving nods from the likes of Pitchfork, SPIN, and the A.V. Club, and talk of an “emo revival” hit fever pitch at the turn of the year (but has since died down a bit). Sure, the scene has a long way to go before it reaches the mainstream heights of the early ’00s, and many of its most relevant acts probably have no aspirations to pursue that path anyway, but it doesn’t matter: this exciting, young crop of artists are making some of the best punk and emo and hardcore music in years, and those of us who have been keeping up, are, and have been for decades, members of a certain club, a community with shared taste and an insatiable desire to watch emotionally-charged performances in small and unlikely spaces. Earlier this week, Balance and Composure delivered one such performance at The End with Seahaven and Creepoid, and reaffirmed why we have so much love for the state of the scene. Read on for our review. 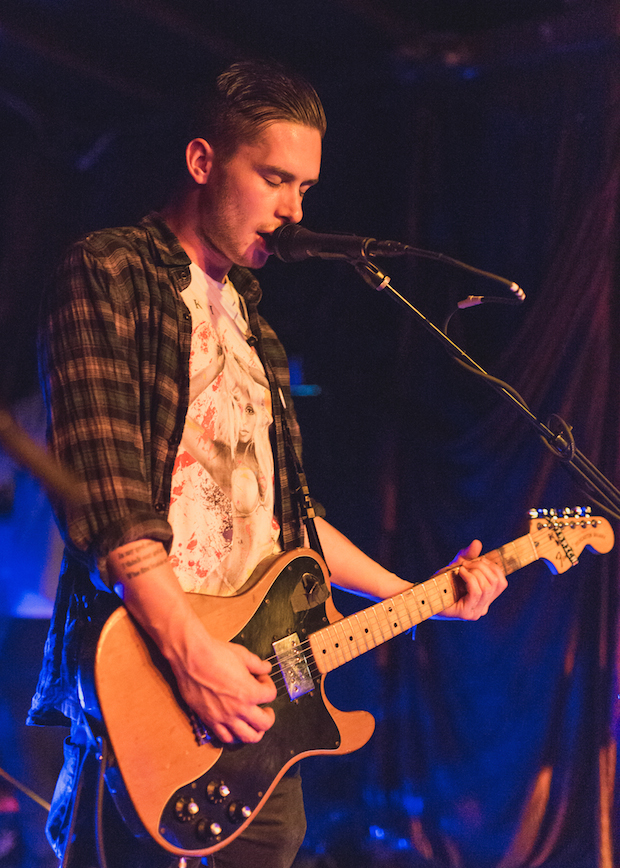 While billed start times at venues like The End can be dubious at best, with shows occasionally starting hours late and lasting until the middle of the night, all ages punk shows, especially those run by the well-oiled machine that is Music City Booking, tend to stick firmly to schedule. I should have kept this in mind in my quest to catch opener Creepoid, a buzzy noise rock band from Philly who have shared the stage with many of my favorite acts, but who I have yet to see in person, because I arrived just as they finished performing. My disappointment would soon fade into anticipation, however, as SoCal rockers Seahaven began setting up.

To my knowledge, I have seen Seahaven three times, all in Nashville, all within the last 18 months, and all at different venues within a two block radius. The first performance was a tiny headlining date at Cafe Coco in the spring of last year, followed by an opening spot for Touché Amoré and mewithoutYou last winter at Exit/In. Though I anticipated a similar experience at The End, I was pleasantly surprised that another 9 months of rigorous touring coupled with the long-awaited release of their sophomore album has further refined Seahaven’s performance chops and delivery. They’ve always been great, able to convey a direct and relatable wave of emotion despite the room size or level of crowd participation, but, now, Seahaven perform with an effortlessness and polish usually reserved for much longer-running acts. While the crowd response seemed mixed, clearly an overwhelming number of anxious Balance fans, the group managed to win them over with each song and each new burst of understated energy. I don’t often remark on the technical prowess of punk bands, because it’s more about the song than the instrumentation, but, from my close up vantage point, I was wowed by the diverse instrumentation Seahaven brought to the stage, and by how meticulously they reproduced each track in their eclectic emo, alternative, pop punk, and post-hardcore repertoire. 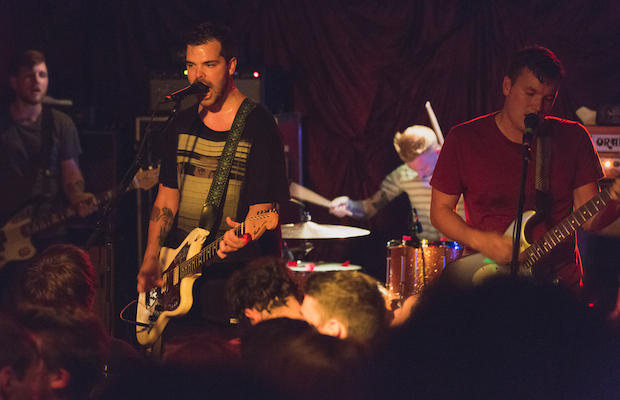 As great as they were, I would have been happy with just a Seahaven show, but as their set concluded and Balance began to cram their gear onto The End’s tiny stage, my eagerness began to grow. I was also overcome with a sense of déjà vu; just ten months ago, I attended my first Balance and Composure show at this very venue. And, once again, the show was sold out, the room was packed, and fans were ready to get rowdy. There was certainly some enthusiasm for Seahaven, but, from the minute Balance and Composure took the stage until their final note, moshing, crowd surfing, and stage diving were rampant. As they should be.

Erupting into their set with “Parachutes,” the perfectly-selected opening track from last year’s The Things We Think We’re Missing, the group proceeded to play a set compartmentalized into blocks by release and tonal sensibilities. Balance and Composure have always been a band with multiple personalities, and this quality carries over completely into their live shows. On one hand, they wave the flag of emo/screamo revivalists, conjuring up elements of Sunny Day Real Estate, Lifetime, and similar minded peers like Touché Amoré and Tigers Jaw. On the other, they stand as a competently alt-rock outfit akin to obvious influences such as Nirvana and the Deftones. It’s this hard-to-pin-down quality coupled with a broader accessibility that, I think, makes Balance so-well loved throughout all facets of the scene. Frontman Jon Simmons has come into his own over the years, channeling a quality that allows him to deliver live with cool expertise while projecting equal attention on his bandmates; Balance and Composure are truly a unit, and they perform as such, with a rock and roll solidarity and shared emotional earnestness that leaves you drinking in every word and lingering on every note. Even those who weren’t hurling themselves across the room appeared transfixed throughout the show. 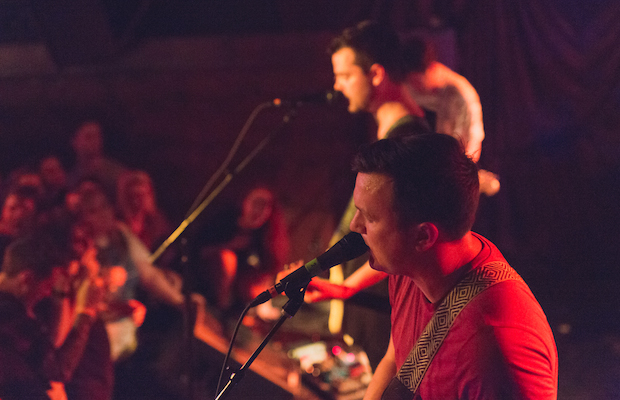 The set, which drew equally from the band’s two full-lengths, as well as a song from their 2013 split with Braid, alternated in volatility (“Parachutes,” “Progress, Progress,” “Patience”) and emotional resonance (“Tiny Raindrop,” “Dirty Head,” “Cut Me Open”), and did so in a way that was smartly designed to ramp the crowd up then cool them down. It’s hard to appreciate just how far-reaching the group’s range is until you’ve experienced it live, and, once you do, you’ll almost certainly leave wanting more. Throughout a tight hour, I found myself more enamored by Balance and Composure than I ever had before, and thankful that, despite their clear and burgeoning appeal, I could see them in a place so small and so special for this type of show.

Fan or not, I highly recommend giving Balance a shot, especially in a live setting. As I said, there’s something amazing brewing beneath the surface of the punk scene, and if you’re not a part of it, you’re missing out on an incredible moment in music.