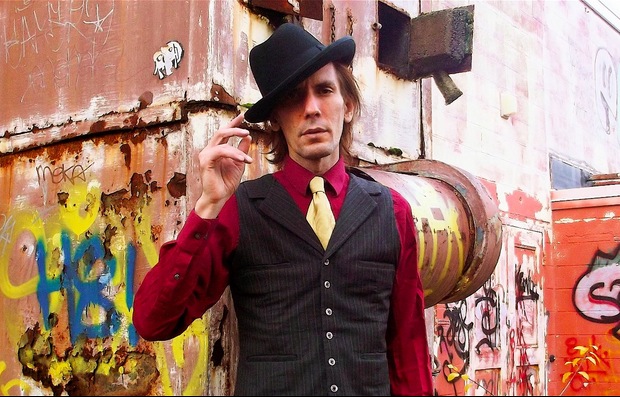 While the great Americana Festival strums on throughout the weekend, if you don’t feel like spending any money to hear a great variety of Americana-influenced tunes for an entire evening, come out to The Building tonight and BYOB for the GonzoTXTN-hosted Eastside Americana Rock and Roll Showcase featuring the great honky-tonk singer Greg Garing, Graham Wilkinson & Shawn Nelson, Buggaboo, and Lucette. All the acts are influenced by Southern music, from gulf coast cajun to honky-tonk country to the blues. The chance to see the great Greg Garing in a tiny venue for free is something those in the know know you’d be a fool to pass up, and with the chance to bring your own booze being poor is no excuse to miss it.

Greg Garing is a honky-tonk legend frequently credited with helping revive lower Broadway’s music scene in the early 1990s. The man dated Wanda Jackson, counted Johnny Cash as a fan, and, as of lat,e has been playing at Logue’s Black Raven Emporium on Wednesday nights to a tiny crowd of super-fans in one of the east side’s best chances to see truly great country music. We’re lucky enough for the opportunity to see Garing for just $5 on a weekly basis, but now’s the chance to catch the man for free. If you like classic country music, Garing is better than anything you’ll see on Broadway.

Graham Wilkinson and Shawn Nelson are both Austin-based singer-songwriters who will be performing together for this show. Nelson is a country singer currently at work on his sixth release, The Devil’s River, and Wilkinson is considered to be one of the finest examples of Austin’s eclectic music scene. The pair host a song-swap on Wednesday nights in their hometown, and they’re bringing that act here.

The southern blues trio Buggaboo hails from Austin and plays rock and roll influenced by every genre born from the gulf coast, from the blues to cajun to Americana. Their single “Witchy Woman” was written in New Orleans, and it sounds like the girl it’s about was into some serious voodoo. The heavy-touring band just released their second album, Asteria, and played South by Southwest in their hometown last year.

Lucette has been called the country version of Lana del Rey, a sad-for-being-sad’s-sake Canadian singer who likes her misery a little hillbilly. She’s also opening for East Nashville resident Nikki Lane at Exit/In on Saturday, Sept. 27, so if you catch her for free and like what you see, it’s not your last chance to see her before she moves on with her tour.