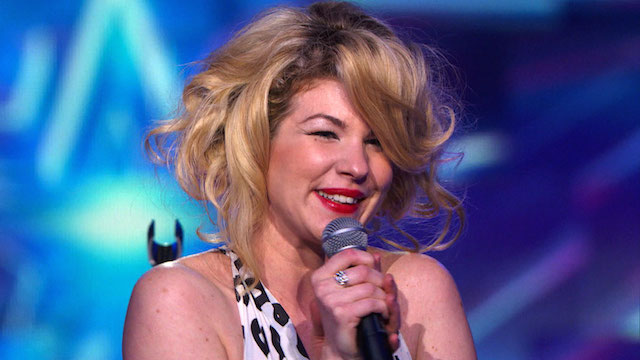 Let’s be real – historically speaking, there hasn’t been all that much “talent” happening on NBC’s America’s Got Talent. It’s generally just adorable kids doing the darndest things, some dudes juggling, plus the odd (creepy) ventriloquist act. As a rule, most of us are too hip to tune into that jazz.

BUT we’re here to tell you now — there is one very worthy and locally relevant reason to watch… and her name is Emily West. Once upon a time Ms. West had a dream of being a country sensation with what seemed like the fairy tale record deal to go with, but stardom was not immediately in her stars; her label dropped her and a series of heartbreaks led her very close to giving up.

Yet the lady persevered, swallowed her pride when she had to move home for a spell, and managed to mustered all her courage, giving her dream a second chance. While still calling Music City “home,” she ventured to the Big Apple to give it one more go… and she landed a spot on America’s Got Talent where she quickly rose to prominence for her outrageously original take on every song she tackled.

We think Emily West oughta’ win this whole silly show and become a superstar already so divert yourself with us and enjoy her version of songs by everyone from Roy Orbison to Queen after the jump. And don’t forget to vote for Emily here!

Covering Roy Orbison’s “You Got It” (+ backstory)

Queen’s “Who Wants To Live Forever”

Don’t forget to vote for Emily and tune in to watch her win a million tonight! (show details here)!