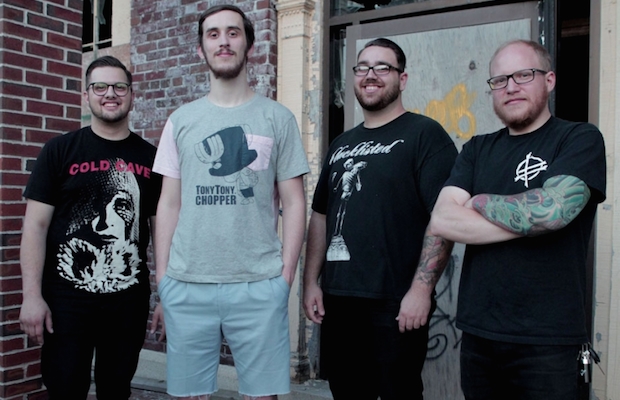 A year after the release of Courtesy Drop‘s fantastic (and fantastically underrated) sophomore album, Songs to Drive to; Cry, and Make Love to, the Nashville emo outfit are back, and ready to deliver a new EP, Stabilize, announced last month, and due out Oct. 28 via Animal Style Records. Much like Free Throw, the group bring to Nashville an unabashed love for ’90s emo, and, whether or not you think the “emo revival” that we and so many other press outlets have spoken ad nauseum about is a real thing, there’s no denying that Courtesy Drop have co-opted the sound in the most sincere, profound, and enjoyable way. Stabilize is available to pre-order now, and, thanks to BrooklynVegan, you can hear its first single, “Orion,” below.