Stream Free Throw’s Debut LP, ‘Those Days Are Gone,’ Ahead of Release 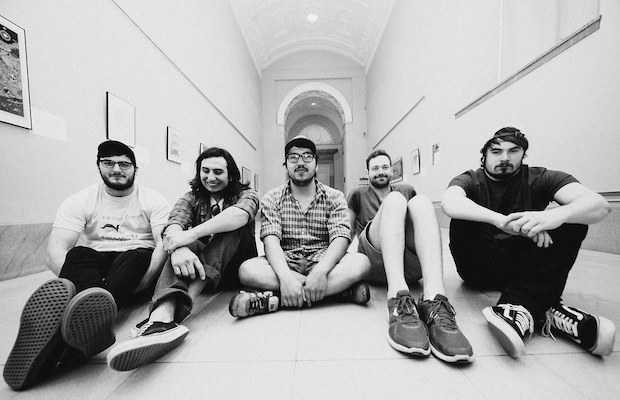 Nashville’s Free Throw are “emo revival” done right. Since first discovering them amidst Music City’s surprisingly strong and unsurprisingly communal underground punk scene, the group have remained a standout on our radar for their pure, unabashed love for ’90s emo, underground indie rock, and old school pop punk, juxtaposing raw, earnest vocals and emotional lyrics with noodle-y, melodic, and driving arrangements. And, while their recent EP, Lavender Town, impressed us, it’s the local boys’ full-length debut, Those Days Are Gone, streaming now via The A.V. Club ahead of its Sept. 16 Count Your Lucky Stars release, which has us in awe of their range and emotional strength. Though they exist just beneath the “hip” bubble of broader Nashville press and recognition, Free Throw are quickly becoming an undeniable force in the local scene, right under our noses, and, if that “emo” tag is what turns you off from a whole viable and refreshing side of local rock, it might just be time to revisit; Free Throw wave that label with earned dignity, and, in doing so, are well on their way to putting Nashville on the map as place where the emo revival matters most. Don’t let them pass by you, listen to Those Days Are Gone below.

Watch Interpol Perform "All the Rage Back Home" on 'Letterman' Ahead of Nov. 11 Show at Marathon Music Works