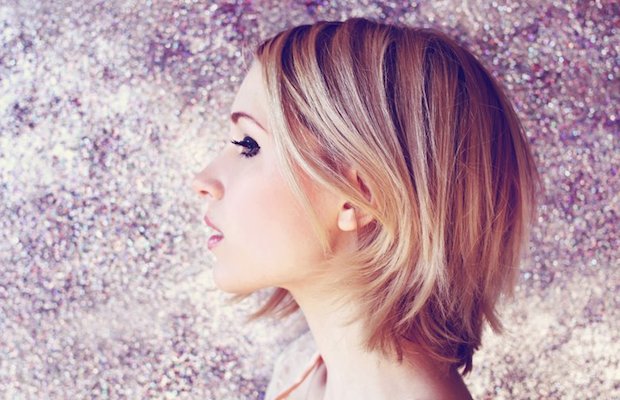 Are you a fan of dreamy, layered indie rock and pop, chock full of harmonies, haunting arrangements, and unparalleled melodies? We thought so. And, if you are, you will DEFINITELY want to head to 12th & Porter TONIGHT for Eisley-offshoot Sucré, along with The Honey Trees and Merriment. Sucré tour very selectively, only having played Nashville once previously; that, combined with the fact that they just released a new EP, Loner, makes this show a can’t-miss. Keep reading to find out more about all three bands, and grab your $10 tickets here.

Though Sucré initially seemed conceived as a band, pairing Eisley’s Stacey King with husband/drummer/producer/multi-instrumentalist/MuteMath member Darren King and eclectic musician Jeremy Larson, it has evolved to become simply a solo vehicle for Stacey, with King and Larson billed as producers these days (and an all-new live band on the road this time around). The project’s haunting full-length debut, A Minor Bird, landed in 2012, and a tour followed, but, in the time since, Sucré has quieted down a bit as Eisley released a new album, the Kings welcomed to their world their first child, and other projects took preference. However, with Loner, Sucré are back and better than ever, flexing Stacey’s unparalleled and flawless voice atop layered, sweeping arrangements, which take a more upbeat and driving tone than on A Minor Bird. A magical and criminally under-appreciated project, Sucré are a band that every fan of indie pop should be familiar with, and a live experience that you’ll never forget.

Hailing from San Luis Obispo, CA, The Honey Trees share Sucré’s dreamy approach to indie pop, crafting deep, layered, and substantive compositions with rich harmonies, unforgettable melodies, and soul-soothing tones. Their debut full-length, Bright Fire, dropped earlier this year, after four long years of work, and that attention to detail shows. A perfect fit for the bill, The Honey Trees land somewhere between Sucré and Merriment in their sound, and are sure to add to this already fantastic night.

Comprised of Collin and Christie DuPree, the younger siblings of Sucré’s Stacey King, Texas folky, indie pop group Merriment are a true musical treat. Previously billed as simply “Christie DuPree,” the duo changed their moniker and eventually released a full-length debut, Sway, earlier this year. Their sound is pleasant and hypnotic, with unorthodox compositions and a deep-rooted attention to detail in arrangements. Whether they’re performing as a two-person acoustic outfit or with the accompaniment of a full band, Merriment are always fantastic live, and are worth showing up early for!