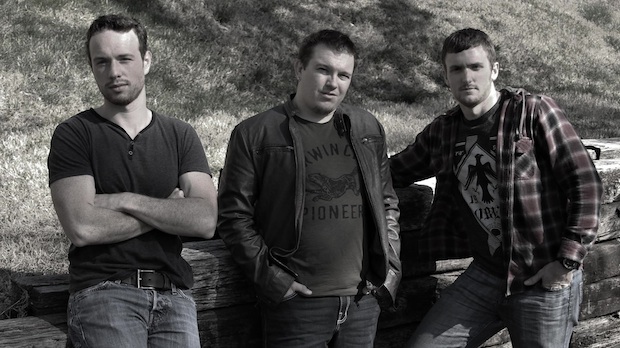 This heat wave has just been brutal, hasn’t it? A Mile Rising is not necessarily offering a cool-down method, but they’re bringing a different sort of heat wave to Music City tonight at Daisy Duke’s. It’s an opportunity to generally get a little trashed, listen to some awesome music, and pretend for a little while that it isn’t hot enough outside to fry an egg on the sidewalk. The environment at Daisy Duke’s is always a laid back one, with beer flowing like water and music loud enough to drown out any idle chitchat. It’s a free show, and that is a bargain when you’re getting to see A Mile Rising.

The brainchild of Russ Kettle, A Mile Rising were started here in Music City by the Colorado native and his two Kentuckian bandmates, Cory Elliot and Andrew Jennings. The alternative rock band is young but motivated, blazing a path through the music world with all the determination and passion that a fledgling band can possess. And they have the connections to help them succeed – before founding the group, Russ Kettle worked with producer Jeff Kanan (No Doubt, Madonna) on a 4-song EP. That, friends, is pretty damn impressive, and we can’t wait to see what A Mile Rising produces as a band.

A Mile Rising will perform on August 27 at Daisy Duke’s. The show is , begins at 8PM, and is free to attend.