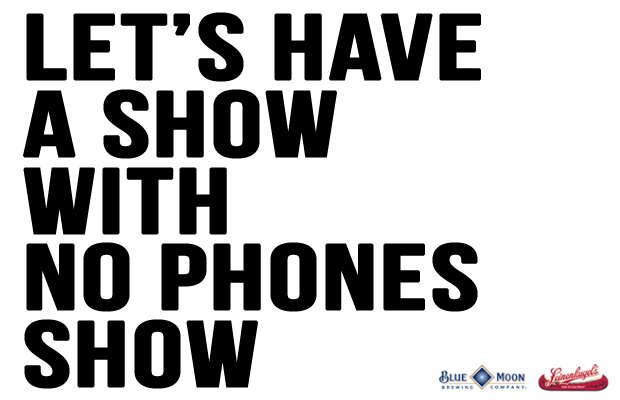 We don’t want this to get into a philosophical debate about the social merits and costs of using cell phones, but there’s no denying that one of the absolute most annoying thing to see at a show is fans who spends more time updating their Instagram than actually watching the show. Look, we get it: you want everyone to know how cool you are for seeing some underground act before anyone else, but maybe it’s more important to, you know, see the band you spent money to see, rather than fall in a Twitter base coma and miss the entire event.

Apparently, we aren’t the only ones who hold this opinion, as The High Watt and East Nashville Underground are collaborating to host a show featuring Penicillin Baby, Machines Are People Too, and Diamond Carter that aims to be cell phone free. Taking place on September 10th, the show will cost $7. However, if you manage to go the entire event without pulling your phone out of your pocket, the cover charge will be refunded to you on the way out the door. You’ll be allowed to check your phone between acts, but when a band is on stage, no phones allowed. There will be a photographer and staff making sure you comply with these rules, so no cheating will be tolerated.

If this sounds like an interesting experiment to you, be sure to come out on September 10th and watch it all go down. In the meantime, enjoy one of our tracks from each of the bands after the jump.