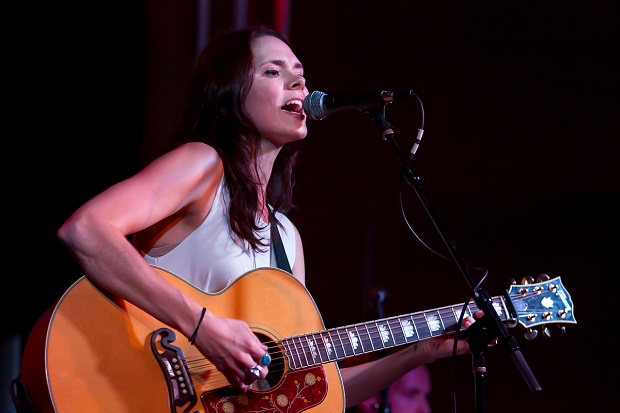 Last week’s edition of Nashville Sunday Night Live at 3rd & Lindsley was an evening filled with talented, fiddle-playing songstresses, honeyhoney and Kristina Train. It was my second time attending a honeyhoney show at 3rd & Lindsley, and it was just as good as the first. This venue is perfect for housing the intimate performances given by both acts. However, it was my first time attending a show that was broadcast live, so I was a little confused at first when the artists mentioned wanting to avoid ‘dead air’ during transitions from one song to the next. It made for some interesting interactions from the crowd, which filled up the room almost to the brim.

Head below to hear more of our thoughts about the evening, and check out some of the great photos from Brian Hill. 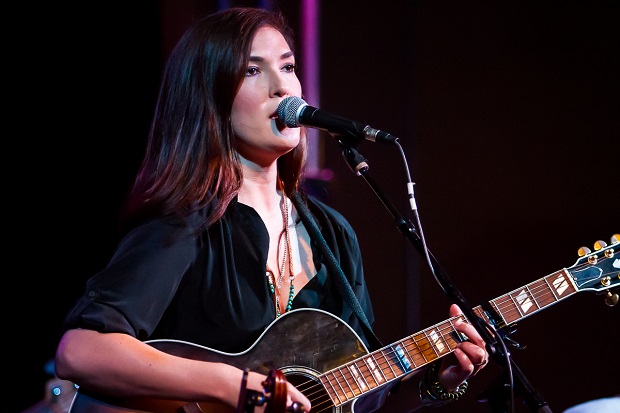 The show opened with Kristina Train, a London-based singer-songwriter who was introduced as a former member of Herbie Hancock’s band who had been publicly praised by Bruce Springsteen, so the bar for her was immediately set high. Her light, soulful voice paired against slow, pedal steel guitar-driven ballads certainly didn’t disappoint. Her style was a perfect complement to the music that followed. 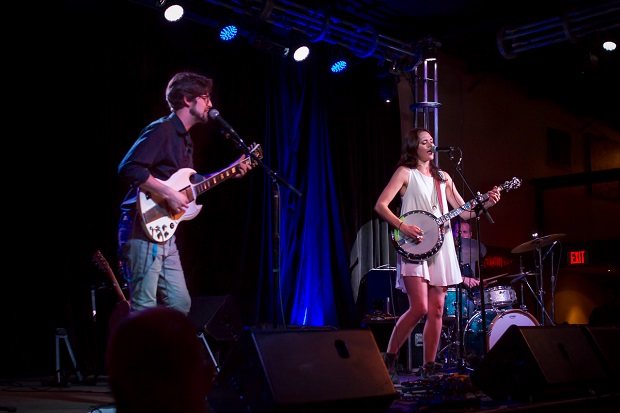 Honeyhoney, a duo comprised of Suzanne Santo (vocals/banjo/violin) and Ben Jaffe (guitar/vocals), have made a name for themselves here in Nashville after performing at Music City Roots, Musician’s Corner and several other events. They opened their set with one of my personal favorites called “Ohio,” a banjo-picking lament about Santo’s homes state. These two have excellent on-stage chemistry, which was best demonstrated when they rocked out together during this song’s angsty chorus. One of my favorite things about honeyhoney is that their sound doesn’t fit into one specific label; they go from slow, brooding tunes like “Thin Line” to fast-paced party anthems like “Let’s Get Wrecked,” which features a line about being shacked up in Nashville, so it was only appropriate for this show. Their use of different musical instruments varies tremendously throughout their catalog, giving some songs a country/Americana feel while others are pure rock and roll.

In addition to hearing classics from their debut album First Rodeo and 2011’s Billy Jack, we got a small preview of what’s in store for their newest endeavor, although official details of an album release haven’t been announced yet. But I can go ahead and tell you that it will at feature a gritty, swampy tune about ‘not being anyone’s missus.’ Santo already told us once that she’s no Southern Belle, so maybe this is part two of that sentiment.

I left this show feeling the same way I did the first time I saw them; full of awe not only at their musical talent, but their wide array of moods expressed throughout their songs. I only wish it had lasted longer, but the set time was kept very strictly to an hour limit. So keep an eye out for the announcement about their new album, and hopefully you can catch them back in Nashville for an extended performance.