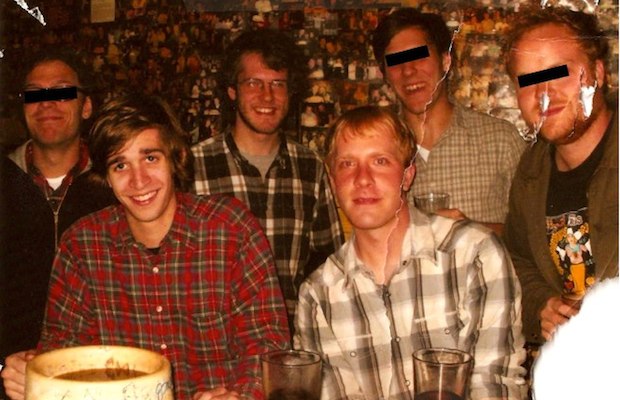 Have you heard the news? Our live events production wing, No Country Presents, has taken up residence at Lower Broadway’s hippest new restaurant, lounge, retail, and event space, Acme Feed & Seed. A shining beacon of cool amidst a sea of tourist-geared honky tonks, Acme’s aim to bring something different to Music City’s historic epicenter, as well as to provide a platform for talented local and national acts who, otherwise, might never have the opportunity to play on Broadway, is perfectly in line with our site’s mission. Every Tuesday night, we’ll be curating a free showcase from 8 to 10 p.m., where we’ll feature some of our favorite emerging local acts. We kicked things off with Kansas Bible Company, and, last week, the fun continued with a killer performance from Diamond Carter. For the next installment, on Tuesday, Aug. 12, we’re ramping things up with not one, but two performers! Psychedelic alt rockers Bear in the Campsite and folky singer-songwriter Jordan Hull will be in the house to keep the momentum going. Keep reading to find out all about ’em, and cancel any other plans you might have Tuesday night, because you’re coming to hang with us. Got it?

Equal parts alt rock and psychedelic, with underlying jam and pop tendencies, Nashville’s Bear in the Campsite have been a band on our radar for quite awhile now. The hooked us in the summer of 2012 with their diverse and unforgettable debut, Memory Palace, and, earlier this year flexed their range with an adventurous followup EP, Hotel Infinity. With layered and nuanced instrumentation, lush harmonies, and an obvious polish of musical expertise, Bear in the Campsite are a band meant to be experienced live, and, lucky for you, you can do just that for free. You’re welcome.

While quite different in sound from Bear in the Campsite, Ohio transplant Jordan Hull brings a complementary aesthetic to the bill, and his haunting, old-soul voice, and hypnotic knack for personal songwriting is sure to delight at Acme. The young singer-songwriter often draws comparisons to Bob Dylan, and, while that’s a lofty legacy to live up to, he’s proven over the evolution of his releases that he has the chops to challenge the legendary acts from which he draws influence. Hull is gifted beyond his years, and channels a maturity and insightfulness in his songwriting not often seen in the contemporary folk scene. Come catch him for free and see for yourself.

Bear in the Campsite and Jordan Hull will perform Tuesday, Aug. 12, at Acme Feed & Seed. The show is 21+, music begins at 8 p.m., and, per usual, it’s totally FREE. Downtown PARKING can sometimes be an issue. However, if you’re willing to walk a few blocks, street parking is typically easy to find on the numbered avenues south of Broadway, or along Korean Veterans Blvd. Metered spaces are often free after 6 p.m.