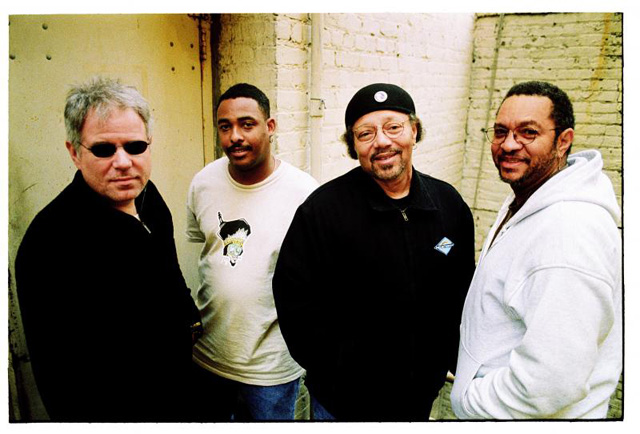 New Orleans-based funk masters The Funky METERS are playing tonight at The Mercy Lounge supported by local openers DeRobert & The Half Truths and DJ Kidsmeal. It’s going to be a wild night that you shouldn’t miss, so check out after the jump for details and videos from each act.

The Funky METERS is the second iteration of the legendary funk band, The Meters, whose roots go all the way back to 1967. Although their talent carried them all over the globe, touring with bands like the Rolling Stones and recording with artists like Dr. John and Paul McCartney, they eventually disbanded in the late 70s. Fortunately though, founding members Art Neville, frontman and keyboardist, and George Porter Jr., bassist, are now joined by guitarist Brian Stoltz and drummer Russell Batiste, Jr. to bring more funk to our lives.

DeRobert & the Half Truths

If you’ve seen our prior coverage of DeRobert & The Half Truths, you know they are an old favorite of ours. This tight and crushingly soulful band has been rocking our minds and bodies all over Nashville for some years now. An opening spot for the Funky METERs is a perfect fit for them and makes us even more excited for the night.

DJ Kidsmeal has been a part of the Nashville DJ scene for over a decade now. He started with more of a traditional style, keeping with rap DJ conventions, but he has progressed into more of a modern electronic sound. We are excited to hear what he has to offer tonight and see how he caters his skills to a crowd of funk fans.