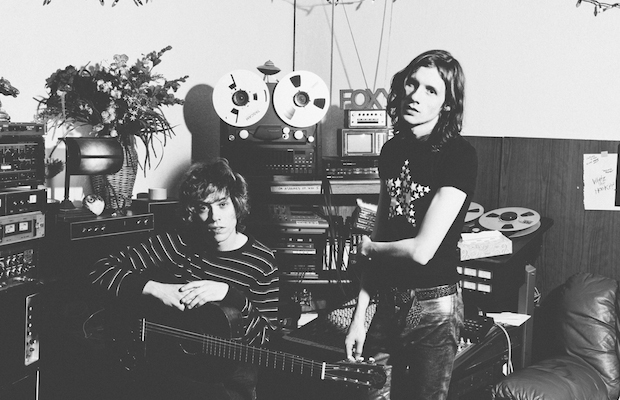 We’re HUGE fans of the breakout LP, We Are The 21st Century Ambassadors Of Peace And Magic, from Foxygen that released last year.  Hit singles like “No Destruction”, “Shuggie”, and “San Francisco” were on permanent repeat in our brains last summer.  Honestly, they were a big push for us to make it up to find out how amazing Forecastle Festival was in Louisville last year, and we’ve been patiently awaiting the announcement of a Nashville date.

The wait is over (well, at least for the announcement), as Foxygen has announced an October 2nd date at Exit/In along with Dub Thompson.  Foxygen is touring in support of their eagerly awaited follow up, … And Star Power, set to release on October 14th on Jagjaguwar.  You can check out the danceable new track below “How Can You Really” below.  It’s a bit of a departure from the experimental rock vibes that channeled Dylan, the Stones, and Bowie in their last album, but, take it from a guy who drove way to fast on 65 to make sure to catch them at Forecastle last year, their live show is something else entirely.  Go ahead and grab your tickets here, and check out the new single below.