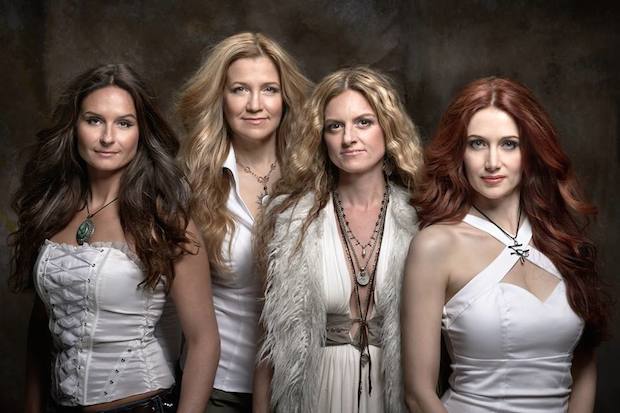 Nashville; has it been a long time since you rock ’n’ rolled? If so we have just the band for you. Tonight 12th & Porter presents Zepparella, an all-female Led Zeppelin cover band,  who will be melting skulls for just $10! They’ve been making people sweat and groove for over five years with their interpretations of the Zeps legendary catalog. Now we know what your thinking, a cover band is just a cover band, but once you see these ladies live you’ll be quick to eat those words, trust us.

The music starts at 9 pm (doors at 8), but be sure to get there early to catch the opening act, country/folk/R&B rockers Stars Turn Me On. Together, the bands will have you feeling like you were born in the wrong decade, but despite your age, race, sexual oriantation or home planet we assure you, the songs remain the same. Click on after the jump for a taste what’s to come.

Slowly becoming a bit of a phenominom on the west coast (they hail from San Francisco), Zepparella have started building a nice reputation all-over the country as they barnstorm from state to state rocking out venues of all shapes and sizes. They’ve even had the opportunity to open for big name, non-cover, bands like Weezer and Kiss, so you know they’ve got the chops to back up their growing prestige. Have a taste below and go see the next best thing to the real thing, for only $10!

STARS TURN ME ON

Also Bay Area natives, Stars Turn Me On are an interesting mix of singer songwriter folk, and smokey R&B soul with just a touch of country twang for good measure. Drummer/vocalist Clementine … that’s just Clementine, no last name … plays and sings like a woman possessed. Get some of her and her bandmates sounds in your life below, and be sure to get to the show early so you can see what they’re all about for yourselves.