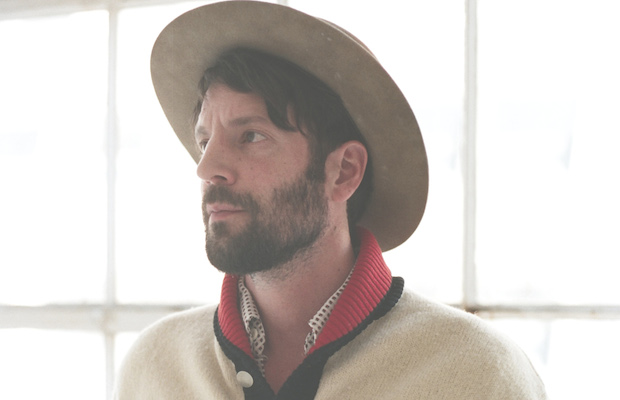 As we told you back in the spring, folky singer-songwriter Ray LaMontagne is set to make his return to Nashville tonight, July 25, at The Woods Amphitheater at Fontanel. A first-timer at The Woods (and we couldn’t think of a more perfect setting to showcase his intimate, somber sound), LaMontagne’s last Nashville outing, in 2012, took place at The Ryman. That’s not to say the singer hasn’t spent his fair share in Music City in the interim, however; LaMontagne’s latest, Supernova, was recorded right here in town, and produced by none other than The Black Keys’ Dan Auerbach. It’s been spinning in our record players for months, and we can’t wait to see Ray tackle the new tunes (and old favorites) live. We got a taste of what he had to offer last weekend at Forecastle Fest, but tonight we’re ready for the full-on Ray LaMontagne experience. The Belle Brigade and The Shadowboxers will support, and you can find out more about all three acts after the jump.

Hailing from New Hampshire, Ray LaMontagne first rose to national acclaim a decade ago, with the release of his debut album, Trouble. Initially heavily drawing influence from Stephen Stills, LaMontagne has spent the subsequent years and four additional full-lengths crafting a personal, resonant flavor of folk, blues, and soul rock, reaching audiences worldwide and landing him countless festival appearances, television performances and placements, and critical accolades. Known for engaging and personal live shows, even in a larger setting, Ray is a true treasure of the modern singer-songwriter scene, and we can’t think of a more worthy artist to grace the Fontanel stage.

While we’re a bit sad to see that LaMontagne tourmate Jenny Lewis will not be gracing the bill of this performance, openers The Belle Brigade seem to have earned the supporting slot, and they certainly deserve it. Also serving as part of Ray’s backing band, the sibling duo are actually the grandchildren of famed composer John Williams. Talent clearly runs in the family, and their eclectic pop rock sound is infectious, and a perfect compliment to Ray’s folkier leanings.

Based in Atlanta, though they seemingly spend quite a bit of time here in Nashville, soul pop trio The Shadowboxers boast mind-melting harmonies, tight instrumentation, and a knack for covering rock and pop standards from all across the board and making them their own. Show up early, grab a good spot, and soak them in.