Self releases new video for “Runaway,” new album out July 29 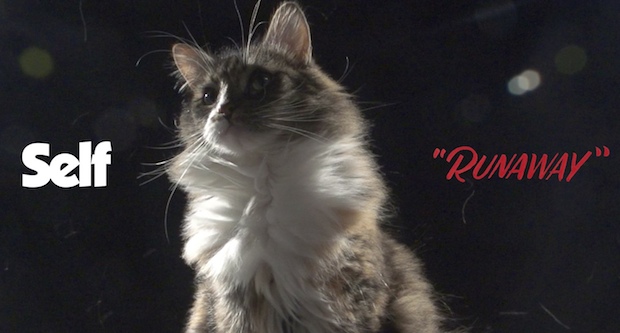 Oh dear friends and fans of the local music scene, the fabled day we have longed for is nigh… the true Music City Miracle is upon us… Wait for it… Wait for it… BAM: sElf is gonna’ finally release that long-awaited new record! And boy, oh boy, if we aren’t waiting with baited breath for the July 29th release of Super Fake Nice like it’s a holly-jolly-pop-rock Christmas.

And man does the man behind the band, Mr. Matt Mahaffey, know how to ease the pain of his absence by returning home to us kiddos with a little surprise. Hint: the internet was made for _________. If you guessed cat videos, you’re right (and get out of my head!)

So slip on your kitten mittens and get psyched for all the upcoming new music with sElf’s insanely danceable new lead single “Runaway” right after the jump!

Always the jokester, Mahaffey explained the video’s concept to EW who premiered the clip: “I’ve always fancied myself a person who’s ahead of the curve, and, with this video, I really think that making videos of cats is going to catch fire on the internets. I wasn’t available to be at my own video shoot and I refuse to allow my band to have a moment in the sun without me, so we hired this rad cat band that I’ve been a fan of for a while.” Purrrfect.