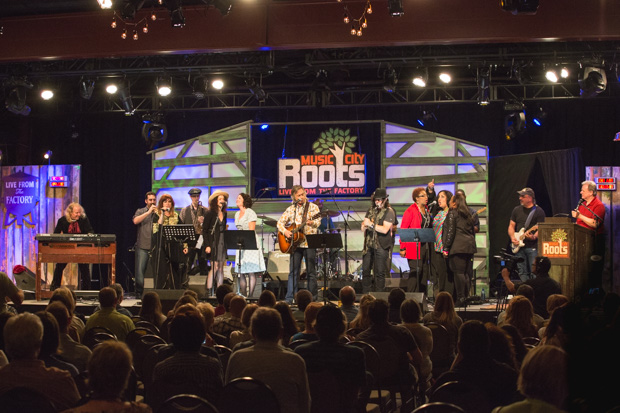 In its second week at the new location at The Factory in Franklin, Music City Roots appears right at home. Last week’s show with Mike Farris, Nicole Atkins, Rachael Davis, and Amy LaVere had both the invigorating excitement of new Music City Roots performers and the familiar comfort of old favorites.

We found our seats, relaxed into the now familiar scene, and enjoyed the serenity of warm, jam-covered buttery biscuits, Vietti chili, and great music. Read more about the night and check out the photos from Shawn Jackson of Sundel Perry Photography after the jump. 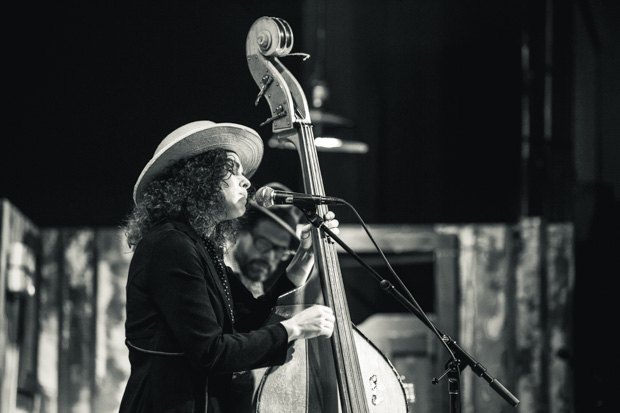 First up was the haunting voice of Amy LaVere. She stays true to her drummer origins, simultaneously playing percussion on her stand-up bass. She is accompanied by the gypsy-styled guitar of Will Sexton, and together their sound conjures up so much feeling and power you’d swear it was a full band. LaVere regaled us with songs off her new album, Runaway’s Diary, including “Big Sister.” When someone writes a song about a sibling, this is not what you’d expect, but then again this girlish, sweet, sad, gruff-voiced singer is not what you’d expect either. We raced off to buy the LP at the end of her set. 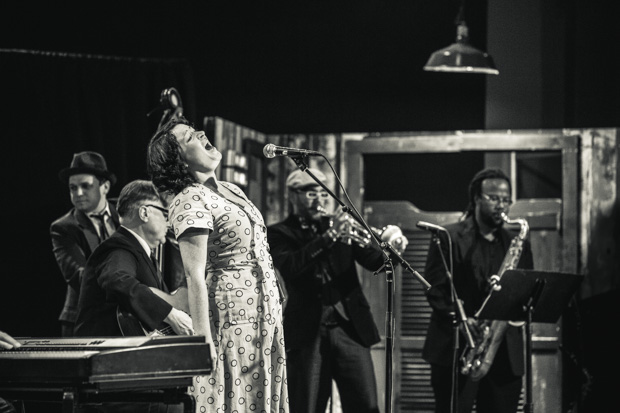 Next up was Rachael Davis, her powerhouse of a voice was a mix between sultry lounge singer and Broadway star packaged in a 1950s housewife dress. Supported by her husband on upright bass, and a solid lineup of sax, trumpet, keys and guitar – this band was lively and made great music seem effortless. She blew us away, and we were delighted when she was invited to do an encore song, just her and her husband. 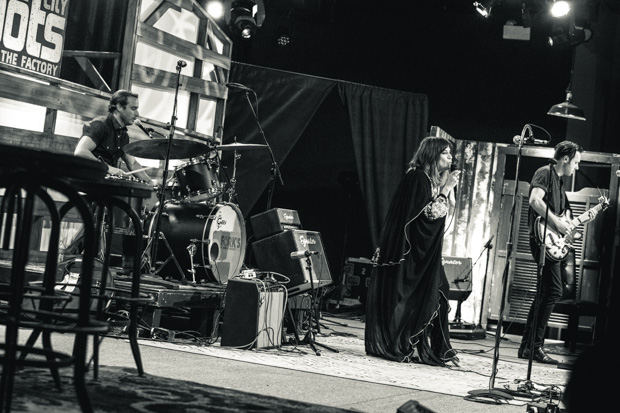 Where could we go from here? Nicole Atkins – with a sound described as “neon-noir”, she has the dramatic passion of Janis Joplin, dressed like Stevie Nicks and rocked out in a full body performance – singing from a crazy depth within – all the way down to her bare feet. Genre-wise, her brand of psychedelic pop rock seemed an unusual choice for Music City Roots, but the crowd loved her. 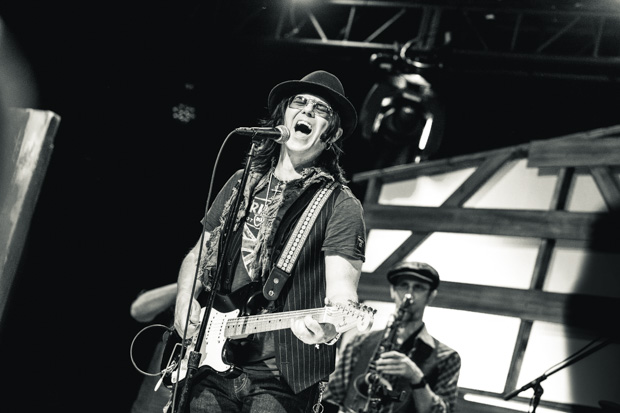 It would be hard for anyone to follow three such incredible performers, but Mike Farris brought his energy, Southern gospel spirit, and sharp-dressed, wild-haired keyboardist, Paul Brown to the challenge. Our favorite song of his was the Sam Cooke cover “A Change Is Gonna Come”. His personal story of recovery from substance abuse might be some of the driving force behind his heart-felt rendition of “The Lord Will Make a Way Somehow”. Farris led all the night’s musicians in the final jam, and we went home still singing the chorus of “Will It Go Around in Circles” and looking forward to next week’s show.

To help busy yourself as you wait for next week’s Music City Roots, check out the photo gallery below.