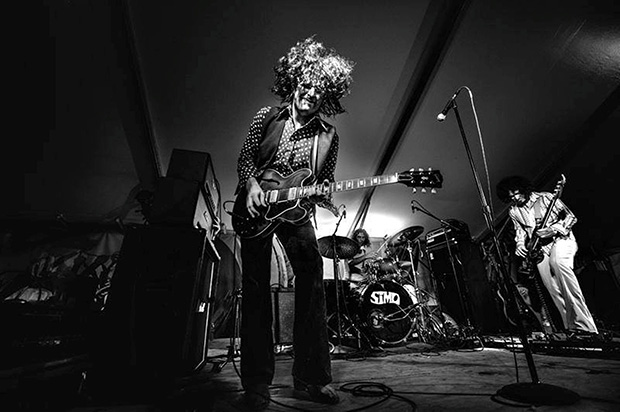 Fans of blues-rock guitar virtuosos are in for a treat tonight at The Mercy Lounge. Not only will SIMO be melting our faces off in a deluge of rock intensity, but they somehow got the legendary Jack Pearson to open the night. JD Simo, singer and guitarist for SIMO, and Pearson are both what most would consider guitarists’ guitarists. They’re the kind of players that hypnotize Nashville crowds into following their left hands like cats to a laser pointer.

These are two acts that we would NOT consider missing, and you shouldn’t either. Check out below the jump for more info and some videos.

SIMO is a power trio with an adventurous yet reminiscent 60s blues rock vibe. JD Simo has been dropping jaws at Robert’s Western World on Lower Broadway for years with the Don Kelley Band. His technique and feel on the guitar are on par with what you’d expect from a seasoned Music Row veteran twice his age. And top of that he can really sing, too! Frank Swart, is a well-established producer and bassist with a very impressive list of credits. That leaves drummer Adam Abrashoff who is as you would have guessed by now an amazingly talented drummer.

Nashville native Jack Pearson celebrates an impressive career and list of credits. He has shared the stage with greats like Bonnie Raitt, Tommy Emmanuel, The Allman Brothers Band (for a time as a member), Delbert McClinton, and Stevie Ray Vaughan. In addition to being an awe-inspiring guitarist, he also plays a mean Hammond organ, mandolin, bass, drum kit, and old time banjo. This musical American treasure is not someone you should miss.