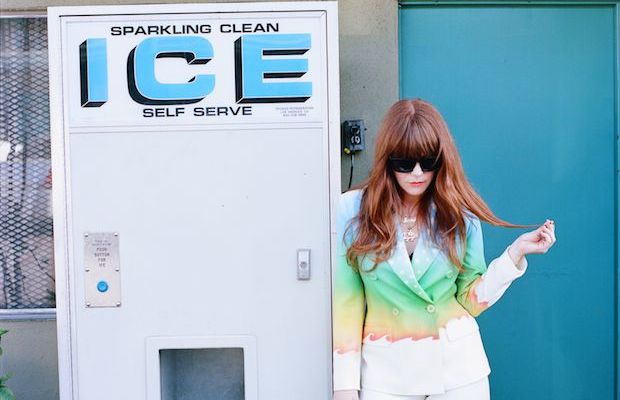 Surely, you know by now that indie singer-songwriter Jenny Lewis has a new solo album, The Voyager, in the works, which is set to arrive July 29. Largely produced by Ryan Adams, with contributions from Beck and Johnathan Rice, the release is Lewis’ first solo endeavor in six years, and, so far, has spawned two singles. The first, “One of the Guys,” which we told you about last month, has just received music video treatment, including cameos from actresses Anne Hathaway, Kristen Stewart, and Brie Larson. The second, “The Voyager,” arrived last week. You can check out the new video and the latest single after the jump, and you can catch Jenny live this weekend at Louisville’s Forecastle Fest.