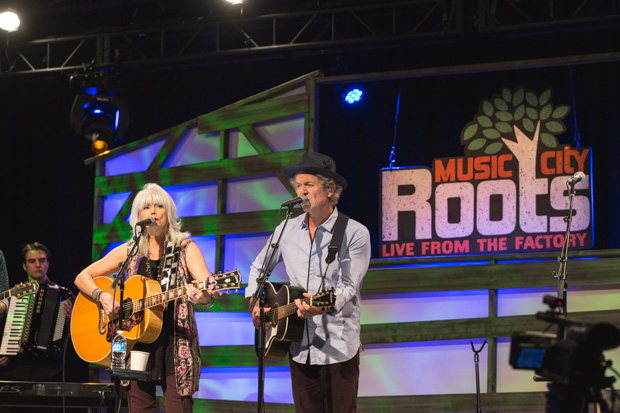 After almost five years at the Loveless Barn, Music City Roots held its first show in its new home at The Factory’s Liberty Hall in Franklin, TN this past Wednesday. If any of the Music City Roots team was nervous about the move and this first show, they weren’t showing it by the time we arrived…they all appeared to be cool, calm and collected. We saw many familiar faces and, with 1,000 folks in attendance, there appeared to be lot of new faces as well.

The new space is pretty impressive… larger and “taller” but it still felt intimate. More seating and good places to “hang” with more bars and food stations. The sound was excellent throughout the venue including the balcony, which may become our usual place to “hang” with a great view of the stage. Click the link below to read more about the performers and to see photos by Shawn Jackson of Sundel Perry Photography. 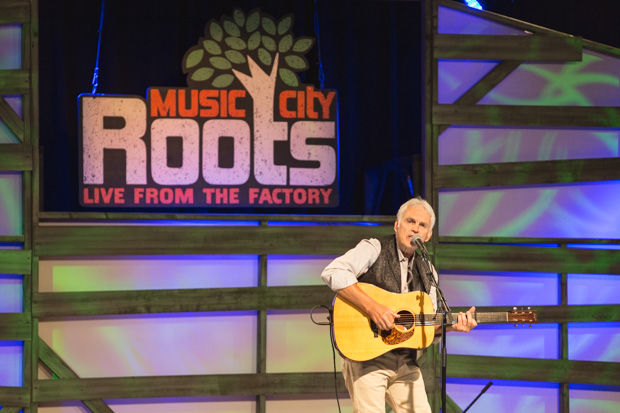 Any possible apprehension about the new location disappeared as soon as the show started and was completely forgotten by the time it ended. As usual, host Jim Lauderdale started things off with a song, appropriately titled “Let’s Have a Good Thing Together”.

Verlon Thompson, well-known as the trusted sidekick of Texas Americana songwriting icon Guy Clark, took the stage solo armed with his acoustic guitar and kicked off his set with an autobiographical song tracing his story from Oklahoma to Nashville including his working with Loretta Lynn. His great classic country set included “We Ain’t Been Everywhere…yet” with an added Music City Roots at The Factory name check. 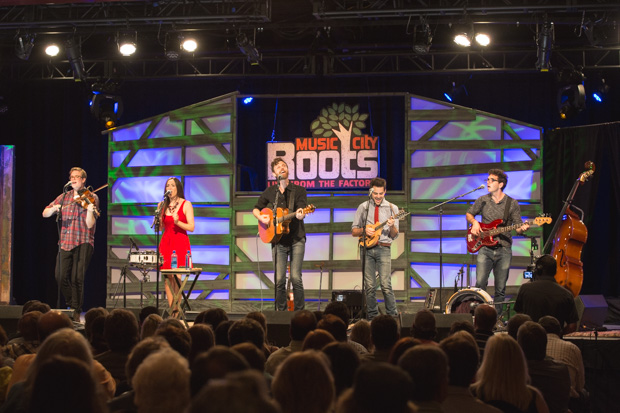 Humming House is a local alt-folk band who quickly won the crowd over with their high energy set featuring music from their upcoming CD. They opened with “Run With Me” and closed with an older song, “Gypsy Jango”. In between was a rousing good time led by lead vocalists Justin Wade Tam and Leslie Rodriguez. If you haven’t seen them before, you need to soon. 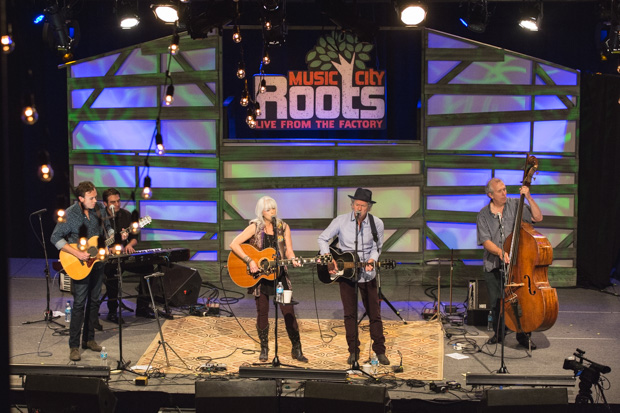 We have seen Emmylou Harris many times over the years but missed her at the very first Music City Roots at the Loveless. The opportunity to see her and Rodney Crowell launch this new chapter of MCR was one not to be missed and they did not disappoint.

They kicked off the first of their two sets together with “Wheels” and continued with classic songs from various phases of their impressive careers. In addition to their gorgeous harmonies, their excellent band featured Jedd Hughes on guitar, Byron House on bass, and Chris Tuttle on keyboards / accordion. They did two Townes Van Zandt songs including “Pancho & Lefty”, Emmylou sang lead on Rodney’s “Leaving Louisiana In The Broad Daylight”, and ended the set with Allen Reynolds-penned, Waylon Jennings #1 “Dreaming My Dreams With You”. The second set began with “Love Hurts” followed by two red dirt songs “Red Dirt Girl” and “The Rock Of My Soul” and finished with the title track to their award-winning Old Yellow Moon duet album.

The show concluded with the renamed “Nashville Jam” with Jim Lauderdale leading everyone on Hank Williams’ classic “Jambalaya”.

Daniella Mason Stays Cool With "Shade of You"