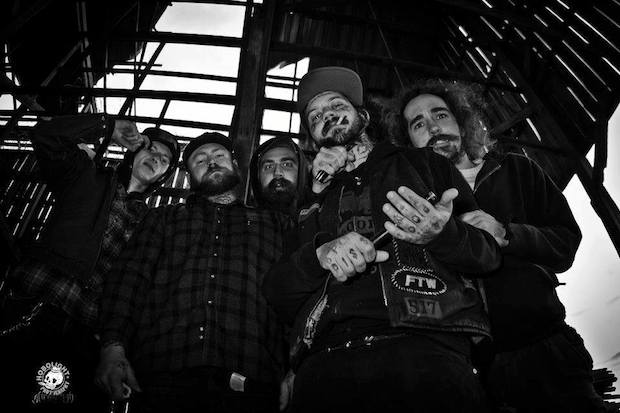 Now with names like The Goddamn Gallows and Buzzard Wagon, this could go one of two ways: the theme of these bands could be death or it could be wild hillbilly and somewhat western music. In order to find out, you’re just going to have to buy a ticket to see these two northern bands jam out at Exit/In tonight at 10PM. The show is 18+ and tickets are $10. Exit/In has a reputation of being packed for shows and for good reason – they’re damn good shows. So better hurry and buy your ticket…

The Goddamn Gallows first got together in 2004 when Detroit native Mikey Classic teamed up with interestingly named Fishgutzzz and Amanda Kill. Since then, there have been some changes to the line up – Amanda left the band to be replaced by “Baby Genius” (a.k.a. Uriah Baker) and later on the group recruited “TV’s Avery” and Joe Perreze. Despite the change ups, The Goddamn Gallows have been true to their determined goal of playing “twanged out punk rock gutterbilly” to the ears of thousands of devoted fans. Now, they’ve come to conquer Nashville. With four albums released on Farmageddon Records, you have to wonder what the five piece gutterbilly band has in store for the future.

Sometimes it’s difficult to find a definition of what rock and roll is. Every time you turn on the radio, DJ’s introduce a new group as a rock group but the songs they play are definitively pop or alternative. If you need help deciding what, exactly, is rock music, then go see Buzzard Wagon. The five piece band, made up of two women (who go by “Mama” and “Two Boots”) and three men, have been playing out of New Jersey for the last at least three years, and have not yet run out of energy to come on down to Nashville and give us a taste of some hardcore, high voltage rock and roll.