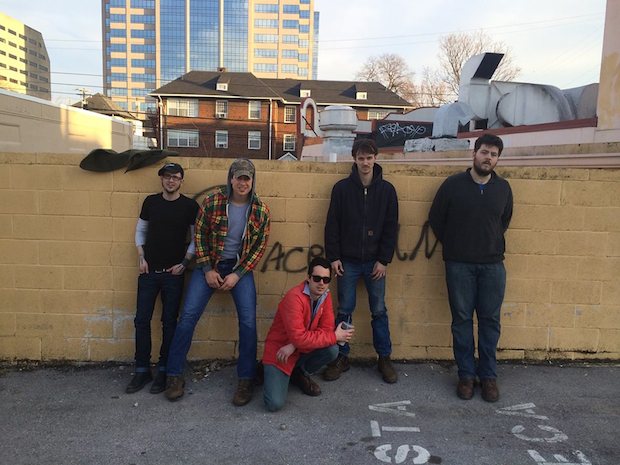 In just two days, we’ll be celebrating the independence of our nation – and what better way to begin the week of America’s birthday than by going to a show dedicated to Americana folk/rock music? Tonight at the Mercy Lounge, The Felice Brothers and Robert Ellis will be taking over the stage. At $15 a ticket, that’s a small price to pay to celebrate with some of America’s rising stars during the week of the 4th of July.

Promoting their latest album, Favorite Waitress (release date June 17th), New York-based band The Felice Brothers are heading on over here to Music City for a night of celebrated Americana music. While the vocals draw up comparisons to Bob Dylan, the group have a distinct style of folk rock that can resonate with any music fan. And if you’re assuming that The Felice Brothers are boring because they’re somewhat folky, think again. This band have a wild and crazy side that is easily and shamelessly displayed during their live shows that make for some epic memories. Have a listen to their single, “Cherry Licorice”, and then join us at the show tonight!

We’ve mentioned Robert Ellis just a few months ago, but he’s on our page again as he goes about promoting his new album, The Light From the Chemical Plant. The Nashville transplant hails from Texas, and has made himself well known in Music City with ease, and, now, he’s going to share the stage with The Felice Brothers for a night of music mayhem.

The Felice Brothers and Robert Ellis will perform on July 2 at the Mercy Lounge. The show is 18+, begins at at 9PM (doors at 8PM), and tickets are available for $15.