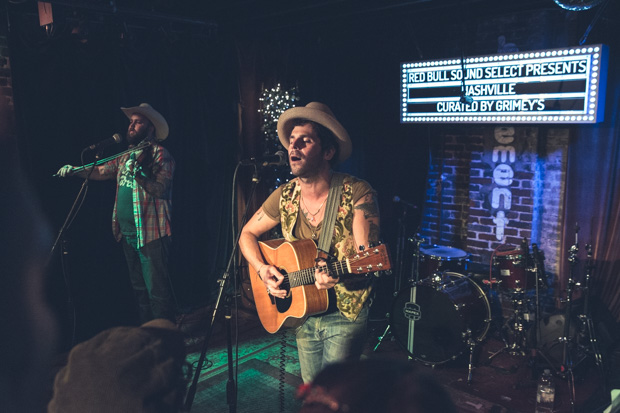 The good people over at Red Bull Sound Select pulled off a pretty impressive show last Friday night, and it almost didn’t happen for us.  En route to get our pre-game on before the show, we got a text from our photographer saying that place was already packed!  So, being the professional music nerds that we are, we bypassed the bar, and made our way to The Basement to find a line stretching into the parking lot.  Capacity, one-in, one-out, crowds just don’t happen that often in Nashville, but, when you throw a show featuring Buffalo Rodeo, Boom Forest, and Langhorne Slim for a mere $3, you step outside of the norm.

Head below to hear our thoughts on the evening, and check out the photos from Shawn Jackson of Sundel Perry. 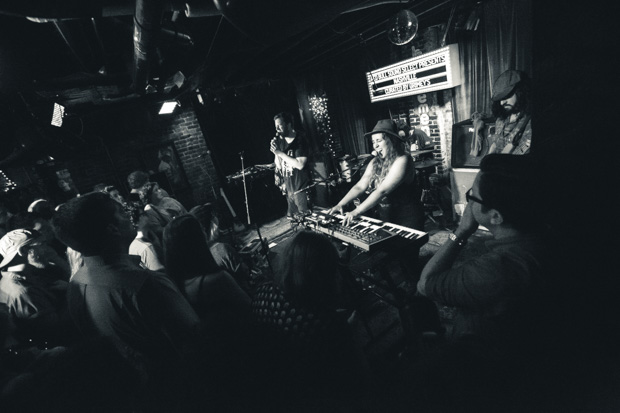 Like we said above, the line kept us from spending time with the Bowling Green, KY rockers, but based on the excitement of people exiting the packed venue left every indication that the night got off to a good start.  It’s also a good sign when we overheard two impressed industry execs talking about the band being “free agents” on the patio. 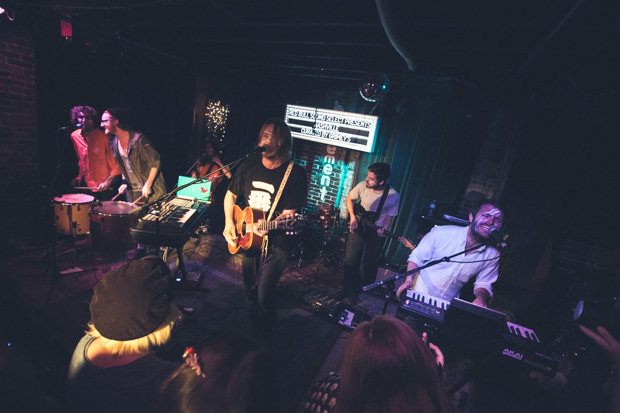 The crowd thinned slightly enough to allow us to get into the building right before Boom Forest, and we were immediately taken in by the tribal face paint that the band was flaunting.  The live act takes on an experimental approach of an either uptempo folk or a sedated pop, and it channeled vibes reminiscing the weekend when I played my first Sufjan Stevens album on repeat.  It’s touching, but not sappy.  Not as much danceable, as swayable, meaning that it contains the dance energy while hypnotizing you into a trance.  Either that, or I was drunk.  Regardless, spirits like that are worth seeing again 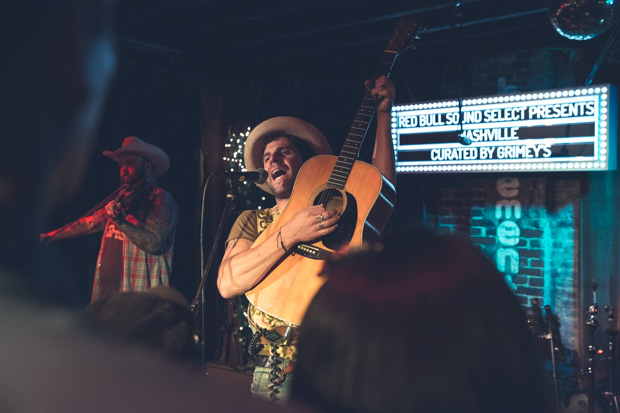 It was a short interlude between sets, as Sean Scolnick (dba Langhorne Slim) had chosen an intimate acoustic set up.  Pleasantries were relayed between the evening’s curator (and Basement proprietor) Grimey and LS, and the tales began both in song and story.  That theme would intermingle with beautifully crafted songs, and somewhat disjointed, hilariously tangential stories for the evening.  Singalongs erupted, cell phone cameras filled the air, smiles filled the already packed room, and left all the impression that we needed to call the night a raging success.

Vinyl Thief Premiere “Compact” Ahead of July 22 Release of 'Fathoms'