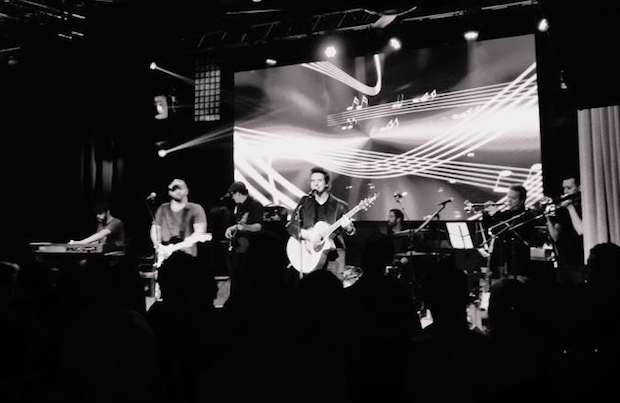 12th and Porter has a history of putting on amazing shows, and tonight is no exception. Why Not Be Kings, Fabrizio & The Fever, and Keelan Donovan are set to take the stage at the popular venue. Doors open at 8 p.m., and the show kicks off at 9 p.m. Tickets are just $5, and, to make things better, half of 12th and Porter has become Music City Pizza, so why not make a night of it by grabbing dinner and drinks beforehand? There’s no better way to celebrate hump day.

WHY NOT BE KINGS

Formerly known as The Standard, Why Not Be Kings (YNBK) is a locally based pop/rock band that formed two years ago in 2012. So far they’ve already released two EPs, a debut titled The Cardigan EP and their followup, The Shades EP. We’re not sure why they’re going with clothing-related album titles, but we’re hoping that they’ll put out a full wardrobe in the form of music. Their tunes are catchy and will certainly keep you in constant movement with their pop/jazz-influenced rock.

Fabrizio & The Fever have an interesting ‘behind the name’ story. Michael Fabrizio, founder and lead singer of the group, has a nickname that inevitably led to the creation of the title for his band: “Stingray.” And do you know what a group of stingrays are called? A fever. The Fever part of Fabrizio & the Fever doesn’t apply to the musicians that join Michael on stage but instead refers to the audience. What better reason is there to see a band then because you’re part of it?

You know where this guy is from? Portland. No, not Oregon. Portland, Maine. That’s a pretty damn far trek to move from Maine to Nashville, and Keelan Donovan made the move in order to spread his music to the masses. He’s a motivated musician, not only showing his dedication by moving but by promising to release three EPs this year alone, so come on out and show your support for this northerner-turned-southerner.