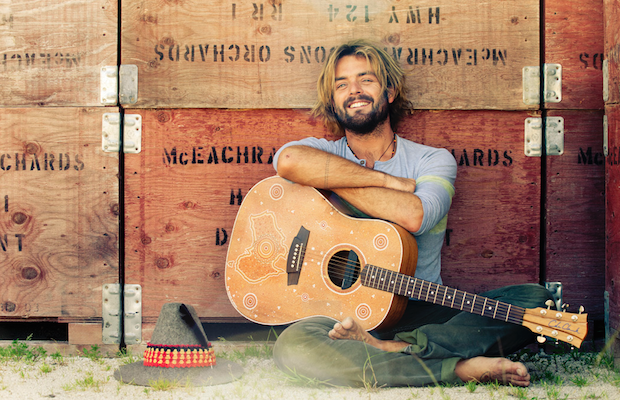 We hope you made it out to last week’s edition of Nashville Dancin’, the free concert series taking place at Riverfront Park, because it was an absolute blast. It was so much fun, in fact, that we made absolutely certain that our night is clear this evening for the second installment. Featuring Australian songwriter Xavier Rudd, funk act The Main Squeeze, blues rocker Ash Grunwald, and country musician Ray Scott, the night promises to be a ton of fun and full of great grooves, and seeing as its free, we really couldn’t think of a better way to spend the evening. Get the rundown on all of these great acts after the jump!

Australian singer-songwriter Xavier Rudd has made a name for himself on the music festival circuit with his wholesome, organic sounds, and we’re quite excited to see him play tonight. Drawing influences from the natural world and his upbringing, Rudd plays with a refreshing honesty rarely seen in today’s singer-songwriter world. Most impressive, however, is Rudd’s ability to masterfully play every single instrument he’s managed to get his hands on. As of the last count, Rudd plays 18 instruments, in addition to his magnificent vocal abilities. You can bet that Rudd will draw on a number of these instruments to create a memorable performance this evening.

This event isn’t called Nashville Dancin’ for no reason; a great deal of these bands create music specifically designed to get their audiences off their feet and getting their groove on. Chicago based funk band The Main Squeeze is one such band; the five piece have been together since 2009, and aim to create a “raging funk experience” for their audiences. We’ve actually been fortunate enough to catch this stellar act a number of times before, and we have to say that they are quite successful in this endeavor. Between their unique rhythmic grooves, impressive guitar work, and strong vocals, this group’s got it all, and it’s no surprise that they’re one of the fastest rising funk groups in the nation.

There’s little doubt that Nashville is a blues town, which is why we already know that Australian blues artist Ash Grunwald will receive quite a positive reception here in Music City. Much like all the other artists this evening, Grunwald his built a reputation on the strength of his live performance, particularly in a festival setting. While the majority of the man’s following lives in Australia, where he’s had a number of residencies, performances like the one tonight will no doubt help Grunwald to break even further into the American consciousness.

Seeing as this show will be taking place at Riverfront right off Broadway, there’s probably not a better way to kick off the evening than with renowned country artist Ray Scott. The local songwriter has a very deep baritone voice, which is more reminiscent of older, classic country than any of the modern country stars. Besides writing hits for a number of stars, Scott has also established himself as a solo powerhouse here in Music City. This will be his last show in the United States before a run of Europe, so if you’re a fan, it’s imperative that you check out Scott this evening. See you there!

Xavier Rudd, The Main Squeeze, Ash Grunwald and Ray Scott will perform TONIGHT, June 19, at Riverfront Park. The show is all ages, begins at at 6 p.m. (doors at 5 p.m.), and is free.