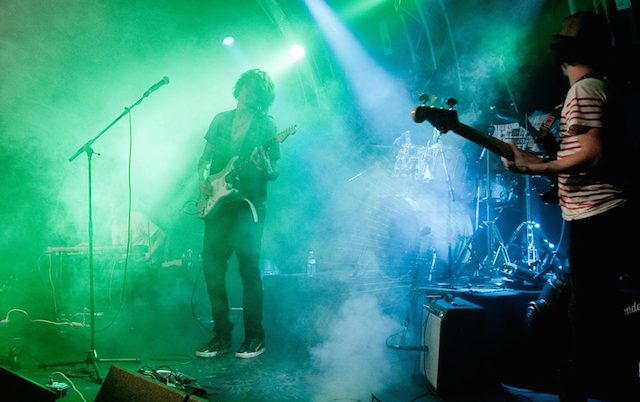 What an insane past couple of weeks. CMA Fest swept into Nashville and left the city worn out from music madness, and then, just as middle Tennessee was recovering, Bonnaroo showed up and threw us all into another musical whirlwind. It’s been a crazy opening to the summer, and we’re just getting started. Tonight, Mercy Lounge is hosting a fantastic night of music with Justin Kalk Orchestra, Startisan, and Elliot Root. For just $7 ($10 at the door), you can keep the music madness going. Show starts at 8PM for anyone 18+.

Justin Kalk Orchestra have already gotten quite a bit of notice: they were talented enough to be in the Road to Bonnaroo competition. The band has been busy ever since; between touring and releasing their single, “Dirty Thing,” they’ve still found time to record an album (to be released in September) titled Volcano. To make things even cooler, gonzo artist Ralph Steadman did the album artwork for the band. Check out the claymation video the group put out for the release of their single below:

Startisan has quite an impressive resume: formed originally in Baton Rouge, Louisiana, this five-piece band has shared the stage with the likes of KONGOS, Daughtry, Seether, Switchfoot, Colbie Caillat, Puddle of Mudd…the list could honestly go on. What this amazing group of performing artists demonstrates is not only Startisan‘s ability to mesh well with almost any genre, but the band’s clear talent that has caught the eye of so many. Listen to a taste of what Startisan has to offer below:

Despite the misleading band name, there is no one actually in the Nashville-based group that goes by ‘Elliot Root.’ In fact, in the ‘about’ section of Elliot Root‘s Facebook, it simply asks “Who is Elliot?” and then asks you to click the link to their website. The link takes you to a new page which invites you to partake in a free download of one of their songs. So, just who the hell is this mystery band? Guess you’ll have to go to the show to find out…

Justin Kalk Orchestra, Startisan, and Elliot Root will perform on June 19th at Mercy Lounge. The show is 18+, begins at at 8PM (doors at 7PM), and tickets are available for $7 adv/$10 door.