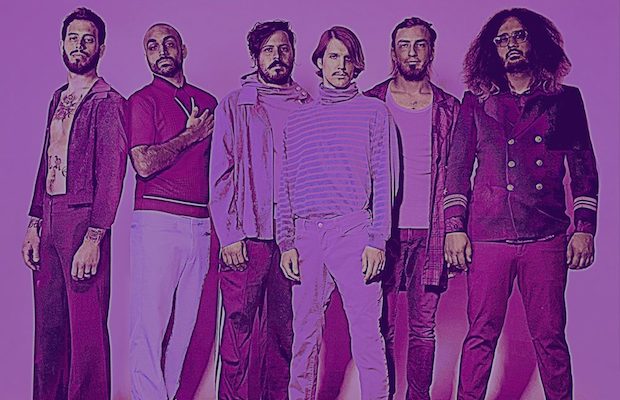 Newly independent Cincinnati rockers Foxy Shazam will return to Nashville TONIGHT, June 5, for the first time in two years, in support of their surprise new album, Gonzo. Abandoning the glam rock, arena flare of recent releases, Gonzo showcases Foxy returning to a deconstructionist and no-frills sound, enhanced by the sensibilities of legendary producer Steve Albini. One of the most epic and intense live acts in modern rock, Foxy are best experienced live, and, for only $15, you can see what all the hype is about for yourself tonight. Larry and His Flask will support, and you can find out more about both acts after the jump!

Bursting onto the scene nearly a decade ago with their explosive and hardcore-tinged debut, The Flamingo Trigger, Foxy Shazam have spent their entirety of their career so far as a band in flux. Each subsequent release has reflected the setting and production team behind it, and their most recent, 2012’s The Church of Rock and Roll, took the most epic and retro turn of all. Passing through the machine of indie and major labels and nabbing commercial placements, prominent tours, and an unbeatable array of buzz, Foxy have, with Gonzo, gone back to basics, harboring the most unpredictable, exciting, and revived energy they’ve had in years as they enter into their next chapter. The record is free, and is already one of our favorites of the year, but Foxy’s even greater attribute lies in the strength of their live show. If you’re a rock music fan in any capacity, you HAVE to witness it. The group’s antics are hard to put into words, but a quick YouTube search will turn up some highlights, if you’re curious.

LARRY AND HIS FLASK

Filling the same bluegrass and folk inspired hole as acts like Frank Turner, and even channeling elements of ska among broader musical influences, Oregon natives Larry and His Flask have a raw, emotionally charged, and eclectic style that is unrivaled. Punk and folk in equal amounts (their energy remains firmly planted on the punk side of things), their live show is as energetic and turbo charged as their music, and their latest album, By the Lamplight, was one of our under the radar faves of 2013!