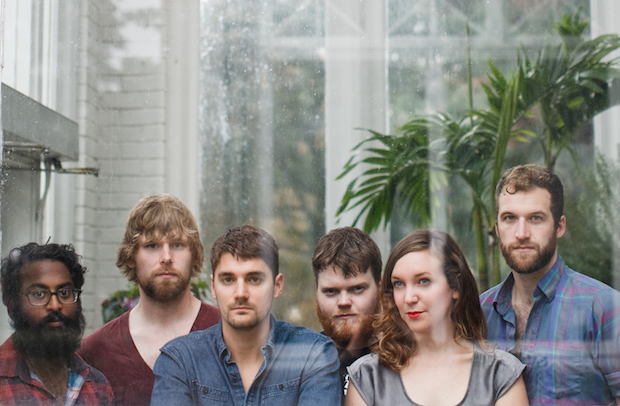 The last few club stage bands that we are going to focus on are a special first evening bill curated by the fine folks of Communion, and the first band on that bill is a stripped down set from Hey Rosetta!’s Tim Baker and Adam Hogan.  Baker and Hogan are no rookies to the Roo having fronted their highly prolific Canadian folky alt-rock band Hey Rosetta! on the Farm in 2012.  No word as to why the full band isn’t on the bill this year, but we aren’t complaining about the chance for an intimate performance to start off our Roo.

Hey Rosetta! formed in 2005 after multi-instrumentalist Tim Baker returned to his homeland of St. John’s Newfoundland, and began on the singer-songwriter circuit, but it was only a matter of time before the songs that were rumbling through Tim’s head required a more layered and complex sound.  Enter some of the top musicians in the region (including lead guitarist Adam Hogan), and Hey Rosetta! became the band that we know today.  Their high energy live show is always a fan favorite, and has landed them at festivals all over North America.  So, what is this probable stripped down set going to sound like?  We’ve left you with a taste of the full band, and a stripped down solo performance from Tim Baker at Roo in 2012. Based on these two alone, may be reason enough to circle yet another act on your Roo schedule this summer.

It's been roller coaster few years for long-running, nearby mega music festival Bonnaroo, which, by the mid-'10s seemed to be...

Following in the earlier timeframe adopted over the past few years, and keeping in pace with other major national festivals,...