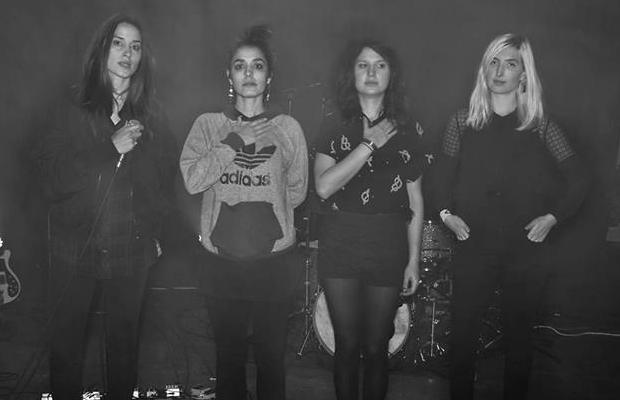 Today’s Bonnaroo Band of the Day is Los Angeles based quarter Warpaint. If you haven’t heard of these guys yet, you’re in for a treat. Warpaint plays a luscious, driving take on psych rock that often features prominent keys and percussive influences. The group is fronted by vocalist Emily Kokal, who has quite an impressive vocal range and dynamic ability. What’s most striking about Warpaint, however, is how closely the band matches Kokal’s constant dynamic fluctuations. As a unit, the band has no trouble kicking things up a notch at critical moments, nor are they afraid to back away into ambience. Like we said, the high level of communication between these four is remarkable.

While Warpaint hasn’t played Bonnaroo yet, they’ll actually have two (official) performances this year at the Farm. Besides their show on Sunday at 4:15 at This Tent, they’ll also be featured in the Skrillex Superjam with Damien Marley, Robby Krieger of the Doors, Janelle Monae, and many other artists. We’re fascinated to see how the primordial energy lurking behind Warpaint’s sound matches up with the precise, electronic sounds of Skrillex. All in all, Warpaint is one of the more interesting and unique groups on the Bonnaroo bill this year, and you owe it to yourself to become familiarized with this act. You can start by checking out the audio and video embeds below, as well as by following Warpaint’s social media links to keep exploring.