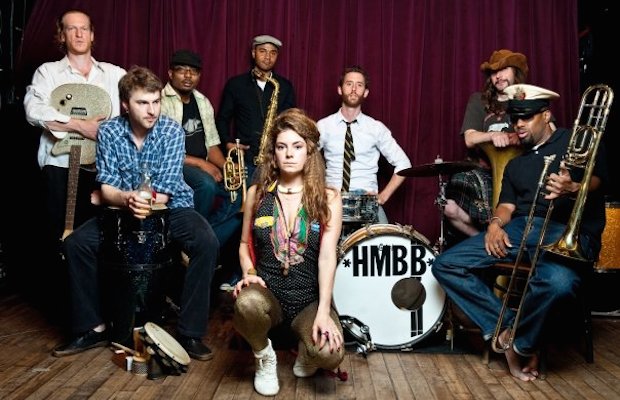 Bonnaroo is always pretty good about including a few horn-based, New Orleans-inspired jazz acts in its lineup, and this year seems to be no exception, as the High and Mighty Brass Band will be performing a number of times throughout the weekend. The nine-piece act from both New York and New Orleans play a very modern take on classic jazz. In practice, the group tend to implement an energetic percussive layer as the foundation of their sound. Then, the guitar and horns weave their way into and out of the percussion, performing solos or joining together in hooks. The result is something a bit more chaotic and loud than standard NOLA jazz, and, yet, in many ways, a lot more fun.

Since their inception, the group have had the chance to collaborate with a number of popular artists, including Galactic and Trombone Shorty. So far, they’ve only released one studio album, but that hasn’t stopped them from playing dozens and dozens of gigs in recent months. We think this band are the perfect act to kick your Saturday at Roo off with; they describe themselves as a “party in progress,” which, to be quite honest, is a description that could be applied to the festival as a whole. Between their experience on stage and desire to have a good, loud time, we imagine the High and Mighty Brass Band will be a newfound favorite for a lot of Bonnaroovians this year.