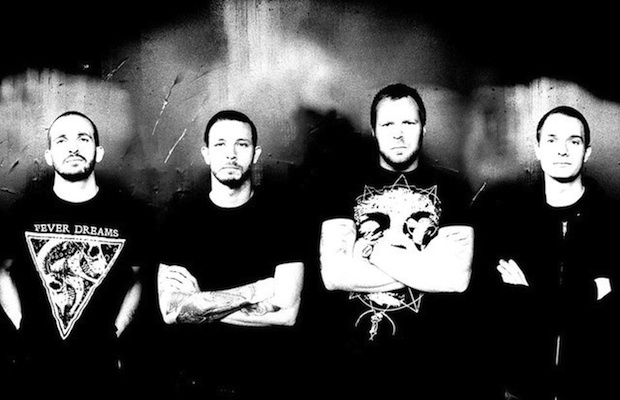 It’s Monday – and let’s be real, Monday sucks. It’s the first day of work after the weekend, and it’s the furthest day from the next Saturday of (most likely drunken) fun. Have no fear, though, for we have the solution to your Monday Blues if you’re a metal fan: live at Cafe Coco for a measly $8, you can witness not one, not two, and not even three, but four bone-crushingly heavy bands rock out. Four! That amounts to basically $2 a band, so this is seriously a bargain. Did we mention that Cafe Coco totally sells beer…? So head on down to the coffee shop, buy yourself a “I survived Monday / it’s Cinco de Mayo” drink and watch some of the best local and national underground metal/hardcore acts making music today throw down. Care to know more about your Monday pick-me-up artists? Click the more button…

“Progressive crust.” Ever heard of that genre? If you haven’t, don’t worry. I googled it for you. It’s a subgenre of heavy metal that not many bands are playing, but Cult Leader are one of best. Combining elements of grindcore, sludge, and metalcore with some math-y tendencies, the Utah-based band were born out of the ashes of the group Gaza, and are on tour throughout the United States to promote their debut album, Nothing For Us Here. intense and boundary-pushing, Cult Leader bring a chance of pace from the more indie/garage-leaning acts who more often pass through Nashville, and their grinding, head-banging, and intense live show would make most cowboys run for cover. Watch the video below to get an idea of just how progressive and musically forward Cult Leader are willing to be:

Supporting act Yautja play a flavor of metal that compliments the style of Cult Leader, while maintaining a sound that is uniquely their own. The trio recently released a new album called Songs of Descent, and will be playing in their hometown when they step onto the stage at Cafe Coco, so, if you like what you hear, you’ll have plenty more chances to see them.

Also from the depths of Nashville come hardcore/metal/punk band Cove. The group just released a new EP, Pig God, in December, and, at only three songs, it packs quite a punch with haunting lead ins and an intense, aggressive mix of styles that will surely be amplified in person.

Demeanor join the lineup all the way from Baltimore, Maryland, and further expand the show’s heavy array of influences, drawing inspiration from sludge, death metal, and hardcore. This group of six lists “making fun of our vocalist” and “Kate Upton” as band interests on their Facebook page, so it’s nice to see that they have a lighter side in contrast to their intense sound. In addition to being humorous, the band just released their debut EP, Divinity, and will almost certainly be showcasing some of its tracks this evening.

Cult Leader, Yautja, Cove, and Demeanor will perform TONIGHT, May 5, at Cafe Coco. The show is all ages, begins at 8PM (doors at 7PM), and tickets are available for $8 at the door.