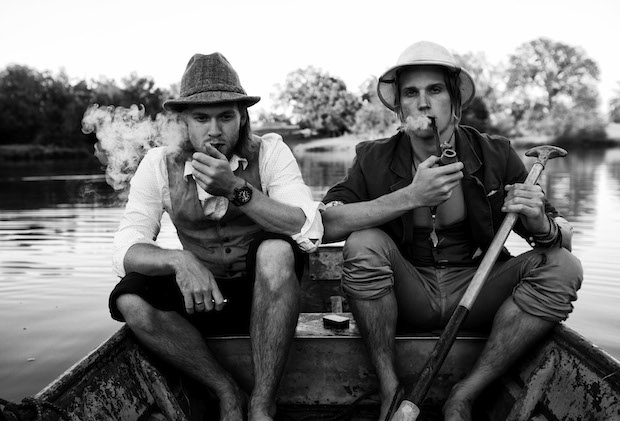 Childhood friends Jonathan Clay and Zach Chance grew up together in the small Texas town of Magnolia, and their childhood (like many Tennesseans) was spent largely wandering in the outdoors.  Like many music-influenced Nashville families, evenings were spent flipping through records, devouring the essence of Creedence Clearwater Revival, Willie Nelson, Stevie Ray Vaughn and others that would provide the backbone for their own musical project.  Now past adolescence, Clay and Chance moved to Austin, where Jamestown Revival was born, and subsequently moved to Los Angeles where Jamestown Revival now resides.

The blend of all those influences gives Jamestown Revival a folky, almost alt-country vibe that would fit as perfectly in a festival afternoon as it would on a lazy Texas summer day.  In support of their debut EP California, the band is already touring with a string of sold out dates this summer, and just got their first nod on network television from Conan.  They’ll also get their first taste of Bonnaroo this summer, and are highly recommended for those of you that revel in the alt-country sphere… or just need to take a load off and enjoy some quality tunes.