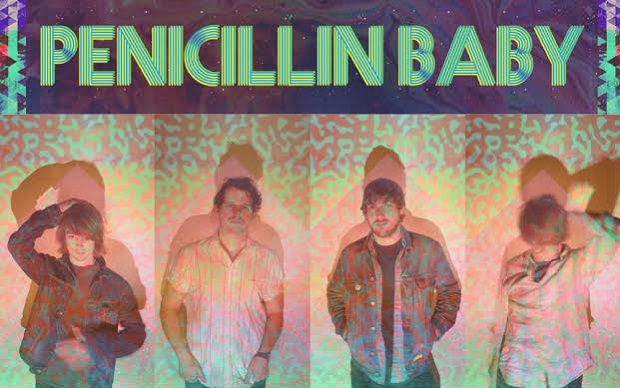 Nashville psych rockers Penicillin Baby have a brand new 7″ out today though Jeffrey Drag Records, along with a new music video for its A-side track.  The single is titled “Not Getting Any Younger,” and is available for purchase right here.  We’ve been hip on the grungy, lo-fi psychedelic jams of PB since their aptly titled self-release Jams: Volume 1 almost two years ago, however, based on our first few listens to their new tunes, it sounds like we have a brighter, poppier release that still rides that same old pysch horse that we’ve grown accustomed to seeing PB on.  The flip side brings “Thought It Couldn’t Be This Way,” an equally solid output, and will keep those craving the over-reverbed guitars in love with PB.

[Sorry for the confusion. Band reps claim the video below was made inadvertently released prematurely, and will go public next week.]