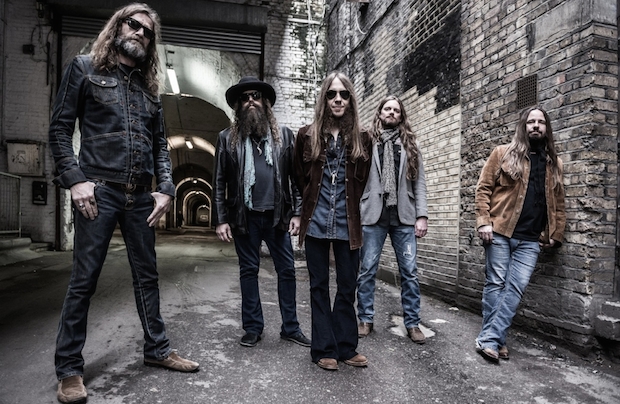 Today’s Bonnaroo Band of the Day comes to us from nearby Atlanta, GA, and goes by the name of Blackberry Smoke. This five-piece have been playing their take on Southern Rock for 14 years now, and, in that time, have covered a lot of ground, playing a number of festivals, and even managing to get themselves signed on to Zac Brown’s label, Southern Ground. Though they’ve only had one studio album to date on Southern Ground (though three full-lengths in total), The Whippoorwill peaked at number 8 on the US Country Charts and at 40 on the general charts. Clearly, Blackberry Smoke have already experienced a level of success few bands can claim.

Despite having formed in 2000, and nabbing opening spots for acts like Lynyrd Skynyrd and ZZ Top, these country crooners have actually never gotten a chance to play Bonnaroo before, so we’re eager to see how their bluesy, Southern sound will catch on at the fest. The energy and passion in Blackberry Smoke’s music (especially in tracks like “One Horse Town,” which we’ve got embedded below for your listening pleasure) is infectious, so, as long as they bring that to table for their Bonnaroo performance, we’re sure this one will be one heck of a show.

WATCH | “One Horse Town” (In the Backyard)