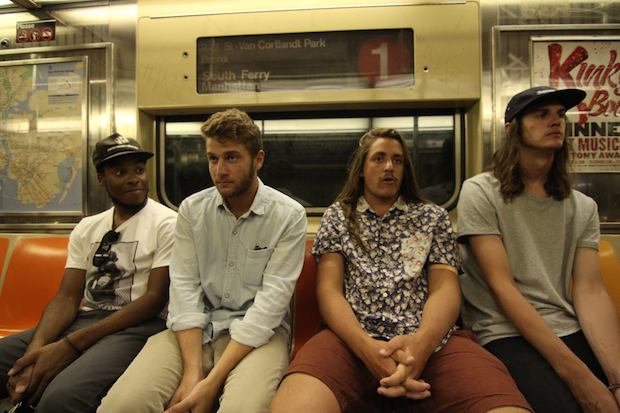 Do you remember a little over a year ago when we introduced you to The Lonely Biscuits?  They were trying to garner votes to win the Woody Award at SXSW last year, and guess what, they did just that.  My how things have taken off for the Nashville based four piece.  They burst onto the scene out of Belmont last year with their laid back infectious pop sound that forces comparisons to G. Love And The Special Sauce.  Hip-hop influenced lyrical delivery is the most immediate identifier, but their laid back funk-inspired grooves certainly set them apart, especially here locally.  Originally formed in 2010 as Gravy And The Biscuits, it’s been an atmospheric ascension for The Lonely Biscuits where they are easy additions to most summer festivals like Hangout Fest and, now, Bonnaroo.

The Lonely Biscuits released their 4th EP late last year titled Things Sure Have Changed, which includes the immediately likable cross over tune “Pool Day”. It also nabbed a release announcement in USA Today.  However, the first track that caught our attention was “Casual Vibes”.  You can check both of them out below, and you’ll immediately see why these guys are primed to gather a hefty crowd at the Roo this summer!