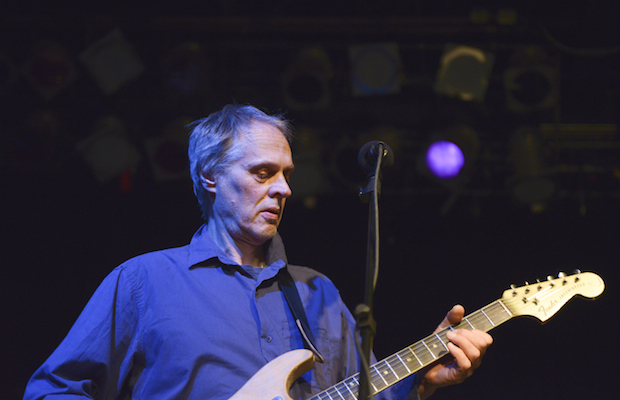 When a show changes venues, from a fairly large to a much more cozy room, at the last minute, it can be discouraging. For months, I eagerly anticipated my first chance to see art-punk legends Television, and No Country did our part by spreading the word and even giving away tickets. Still, what was originally slated for the (probably way too large) Marathon Music Works ended up at Exit/In. Though that could be viewed as a disappointment, especially for the performers, the move did have one huge upside: not only is Exit a more intimate and personal shows pace, but it’s also a significantly better sounding one. Ultimately, the smaller club proved appropriate, though it did manage to fill to the brim. Paired with local opener Tristen (in a rare solo set), Television delivered an unforgettable performance in a way only a group like Television can. 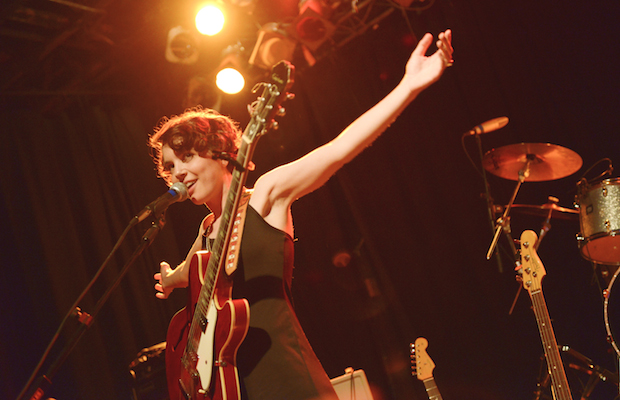 I arrived a little late, only to be greeted by an enthusiastic and upbeat Tristen solo set. Though it’s not all that uncommon for the synth pop singer to play alone (in-stores, special engagements), it’s rare to see her do so in a proper venue setting these days. While a typical Tristen show boasts a full band, layered instrumentation, soaring harmonies, and tons of production, the singer’s solo set showcased only her voice and her guitar. Not only did this serve as a refreshing, stripped down change of pace, but also a reminder of Tristen’s true gift for songwriting. Whether fast, dense, and electronic, or slow, minimalist, and organic, Tristen’s strength lies in the material, and the material can be delivered in a variety of ways without losing its punch or emotional resonance. Though she seemed a bit of an odd pairing with Television, Tristen proved more than up for the task of warming up the crowd. I always look forward to seeing her perform, and seeing her perform in a different environment and in a different way was just what I needed to begin my evening. 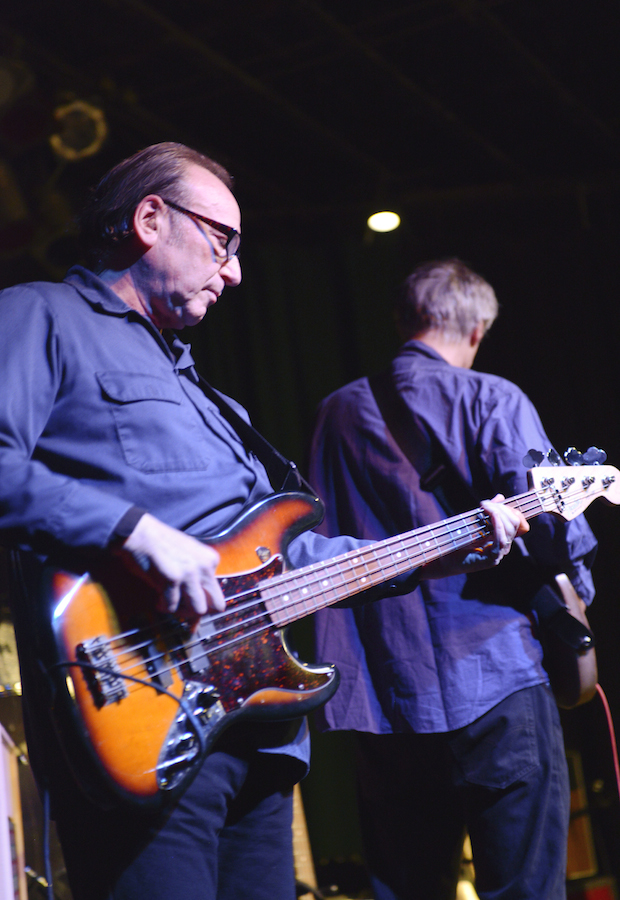 By the time Television took the stage, it had truly begun to sink in that not only was I about to witness a legendary (albeit vastly under-appreciated) band from just a few feet away, but also how monumental an occasion it was: the evening served as the 40th anniversary of Television’s first ever show, March 31, 1974, at New York’s CBGB’s. Their intro (much like their style – though I mean that in the most loving way), was somewhat anticlimactic. After several minutes of bizarre tracks of church bells, the protopunks stepped out on stage, only to spend several minutes silently setting up pedals, adjusting guitars, and fretting over the lighting situation (they like it low, to keep their features less harsh). Once the show finally began, the band launched into “1880 or So,” the opener from their somewhat forgettable 1992 comeback album, Television. Fortunately, that was it for the “new” stuff, as crowd favorite “Prove It” followed, and the remainder of the set was made up of most of their beloved debut, 1977’s Marquee Moon, as well as a healthy handful of deep cuts, b-sides, and a cover of Count Five’s “Psychotic Reaction.” Inexplicably, only one song from 1978’s Adventure made the cut: “Glory.” No complaints on my end though; as a legitimate fan of Television, albeit something of a casual one, Marquee Moon is what I came to hear, and the band more than delivered. 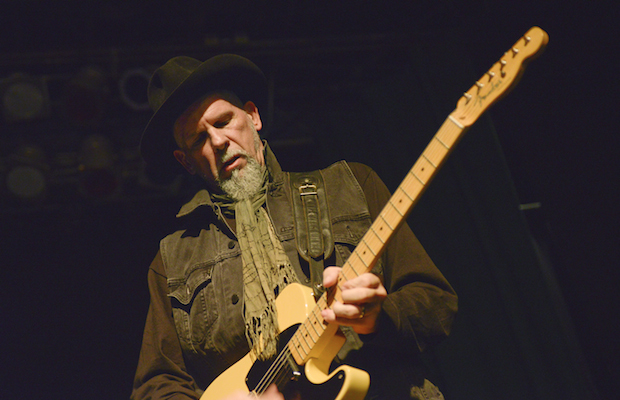 Though original guitarist Richard Lloyd has been out of the mix since 2007, replacement Jimmy Rip (pictured above) proved a more than adequate substitute. In fact, the technical skill and attention to detail exhibited by all of Television’s members, now in their ’60s, was a sight to behold. 64-year-old frontman Tom Verlaine, though not particularly active or engaging on stage, can still recreate every song note for note and texture for texture, even 40 years later. Predating the aggressive and explosive energy of the punk scene they would help influence just a few years after their start, Television have always been a thinking man’s punk band. Their songs are long, artistic, unorthodox, and experimental, making them an impressive and influential group to listen to, though not an especially exciting one to watch. Though age might have played a factor, I gather that Television have always been more focused on their art than on their image, and would rather let the songs do the heavy lifting than to partake in any sort of over-involved stage show. Though points of the performance held my attention better than others (a few of the unfamiliar deep cuts started to lose me), I can’t imagine the material being performed any other way, and have an immeasurable amount of respect and admiration for Television’s influence on music. The most exciting show of the year? In all honesty, no. The most impactful? For me, it just might have been.

Bonnaroo Band of the Day: A Tribe Called Red