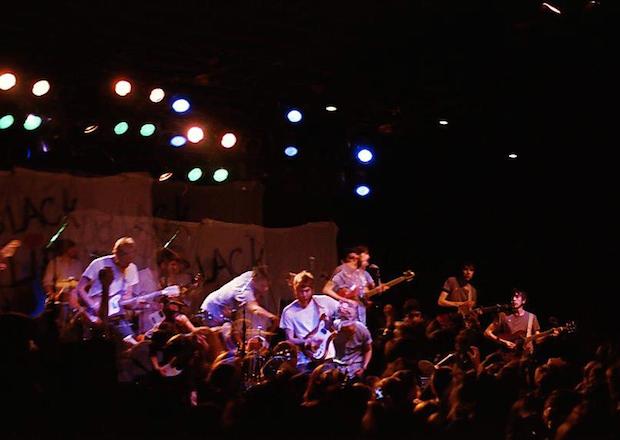 Memphis punksters Ex-Cult (fka Sex Cult) are no strangers to Nashville.  Those of you in the punk scene here know that they have been a staple at Freakin’ Weekend for the past couple of years, and we brought you a few singles from their upcoming full-length, Midnight Passenger in preparation for Freakin’ Weekend V this past March.  The band claims that the record is meant to be listened to in one sitting, rather than as a bunch of scattered singles, as the internet tends to do.  You can head over to Pitchfork Advance to enjoy it in its entirety, a week before the official release on April 29th. Those of you with internet attention spans can check out the third single, “Not A Threat” below.

Rumor has it that Ex-Cult are going to be gracing Nashville once again as they begin to tour in support of the new release, and that’s reportedly happening at The End on May 16.  No support for that has been announced yet, but we’ll keep you in the loop as details materialize.